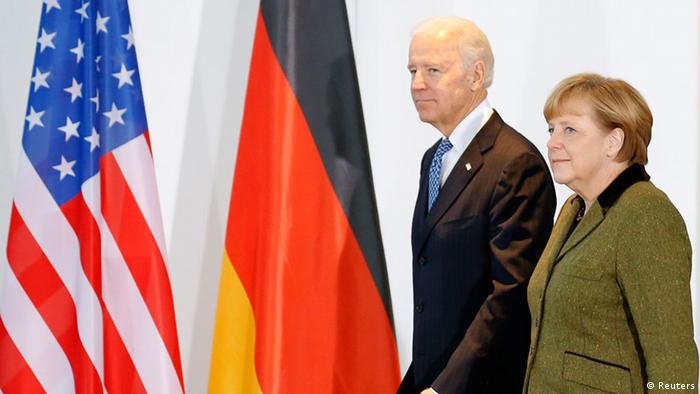 More than three-quarters of Germans anticipate improved relations between the US and Europe should Democrat nominee Joe Biden win the US presidential election in November, according to the German foreign policy journal Internationale Politik.

The Forsa survey of 1,009 people found that 76% expected improved US-Europe relations under Biden's leadership and 15% do not expect any significant change. Only 3% expect a worsening in relations.

Biden on Thursday officially accepted the nomination at the Democratic National Convention conference.

Many US voters who were not enthusiastic about Biden have now shifted their views with California Senator Kamala Harris by his side.

President Donald Trump is running for a second term.

A January study by the Washington-based Pew Research Center think tank found that Germany's confidence in Trump is relatively low, with only 13% of Germans feeling confident in his leadership.

US 'no longer reliable'

A separate survey carried out by the Hamburg-based nonprofit Körber Foundation last year found that a whopping 87% of Germans said the re-election of Trump would harm US-German relations.

A joint study, released in November 2019 by the Pew Research Center and the Körber Foundation, showed that nearly two-thirds of Germans (64%) viewed Germany's relationship with the US as bad. 35% of Germans prefer less cooperation between Berlin and Washington while 23% saw US relations as the greatest challenge facing Germany's foreign policy.

A recent study by the research institute YouGov found that 47% of Germans are in favor of a US plan to withdraw nearly 12,000 of its troops from the European country. Some 36,000 US troops are currently stationed in Germany.

German Defense Minister Annegret Kramp-Karrenbauer told the Körber Foundation that many Germans "feel the US is no longer as reliable as it once was."

A poll of 11,000 respondents across nine European countries, commissioned by the European Council on Foreign Relations (ECFR), revealed that in almost every country surveyed, there was an increasingly negative perception of the US as a result of its handling of the coronavirus pandemic.

The poll, carried out in April, found that around two-thirds of people surveyed in Denmark, Portugal, France, Germany and Spain said that their view of the US worsened during the crisis. Notably, France and Germany, 46% and 42% respectively, said their view of the US had worsened "a lot" as a result of the pandemic.

Poland and Bulgaria were the only countries where the most people said there had been "no change" in their view of the US.

Veteran US politician Liz Cheney has lost her seat as the Republican Congressional candidate for Wyoming to lawyer Harriet Hageman, who is a supporter of Donald Trump. Cheney was one of the few Republicans to vote for Trump's impeachment.