Optimistic US, pessimistic Germany differ on relationship status: survey | Germany| News and in-depth reporting from Berlin and beyond | DW | 26.11.2019

A new survey has found that Americans and Germans have notably different perspectives on their partnership. Germans feel less enthusiastic about the US — and crave more independence from Washington. 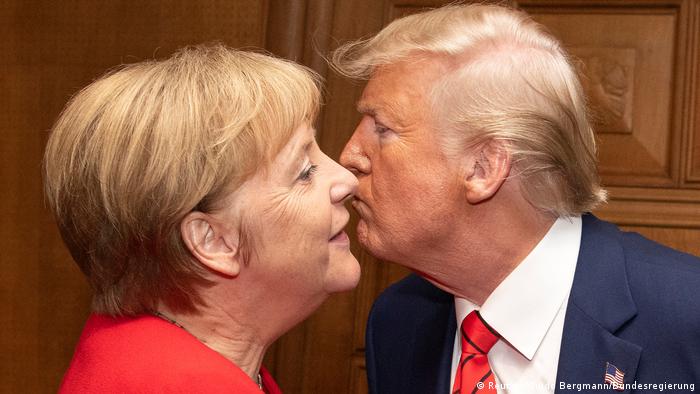 There is a disconnect between citizens of Germany and the United States when it comes to their perceptions of the relationship between the countries, according to a survey released Tuesday.

Despite the gap in opinion, the latest data indicates that views in Germany have become more positive over the past year, with the share of Germans who say the relationship is good increasing from 24% in 2018 to 34% in 2019. Germans' outlook, however, remains more negative than it was in 2017.

For the American respondents, a positive evaluation of the bilateral relationship was at its highest in three years.

When it comes to foreign policy, those surveyed said a partnership between the two NATO allies is important — but gave priority to others. Germans said France is the most or second-most important partner for Germany's foreign policy (60%), followed by the US. Americans, on the other hand, looked toward the United Kingdom (36%) and then China, ranking Germany fifth.

An additional poll by the Körber Foundation found that 49% of Germans felt their country should exercise restraint when facing international crises.

While 23% of Germans saw US relations as the greatest challenge facing Germany's foreign policy, it was not ranked first.

Thirty-one percent said the top challenge — over conflicts in the Middle East and Brexit — was the climate and environment. 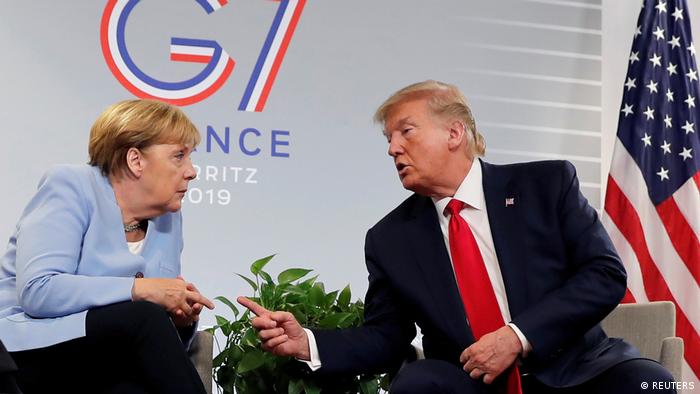 Washington has voiced frustration when it comes to Germany's contributions to NATO spending.

"It is probably good for the US to keep pressuring Germany ... without pressure, Berlin will simply sit there and enjoy the benefits of what others are doing," said Walter Russell Mead, a fellow at the Hudson Institute in Washington, in a Körber Foundation report.

German Defense Minister Annegret Kramp-Karrenbauer told the Körber Foundation: "There is an increasing number of voices suggesting Germany's momentum is waning or may have vanished entirely — while our challenges are increasing."

The defense minister stood by the country's aim to reach its 2% spending commitment for NATO.

"We must seriously move toward a defense budget of this scale in the interest of our security, but also because Germany has every reason to be proud that it shoulders its fair share of the burden in international institutions," she said.

Kramp-Karrenbauer also acknowledged that many Germans "feel the US is no longer as reliable as it once was."

A narrow majority of German respondents (52%) supported Berlin becoming more independent from the US in defense matters, even if this required Germany to more than double its defense budget, currently at €43 billion ($47 billion).

When it comes to nuclear protection, only 22% of Germans supported the reliance on America's nuclear umbrella. Two out of five Germans would rather see Germany obtaining nuclear protection from France and the UK.

The Körber study also revealed that Germans had particular concerns about the Trump administration. A whopping 87% percent said re-election of President Trump would harm US-German relations. 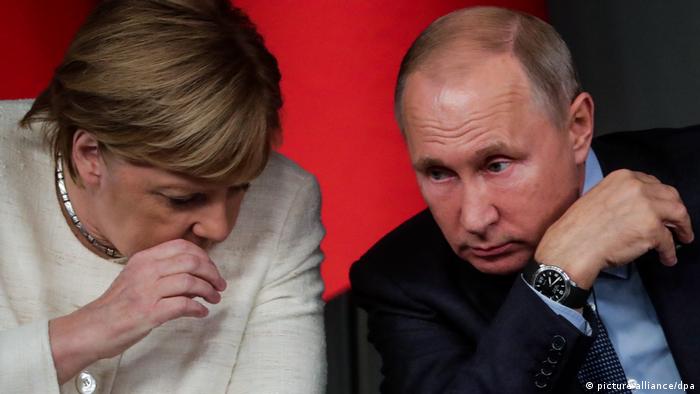 Relations with China and Russia

The Pew and Körber polls showed Americans and Germans prioritized their bilateral relationship over Russia, but Germans were more likely to see value in having relations with both Russia and the US.

Both Germans and Americans, however, considered China a threat.

"The Trump administration has been sincere in its criticism," said Mead, adding that there is a sense that Germany is "not doing enough about its own defense," expecting the US to pay for much of Europe's defense bill.

"Both Republicans and Democrats feel that the euro has been a terrible disaster for Europe," Mead said. "Germany has looked after its own interests at the expense of undermining the Western alliance and weakening Europe."

Thomas Wright, director of the Washington-based Center on the United States and Europe at the Brookings Institution, told the Körber Foundation: "There is almost no one left in the administration who understands Europe."

He explained that the US government felt somewhat skeptical of "what precisely Germany means," highlighting the contrast between Germany's focus on multilateralism and the White House's preference for bilateralism.

At her annual summer press conference, German Chancellor Angela Merkel strongly criticized the US leader for his recent diatribe against Democratic congresswomen, saying it went against America's strength. (19.07.2019)