Germans demonstrate against return of failed asylum seekers to Afghanistan | Germany| News and in-depth reporting from Berlin and beyond | DW | 11.02.2017

Germans demonstrate against return of failed asylum seekers to Afghanistan

Several thousand people have taken part in demonstrations across Germany in support of Afghan nationals who are being obliged to return home after their asylum requests failed. Nearly 12,000 have been asked to leave. 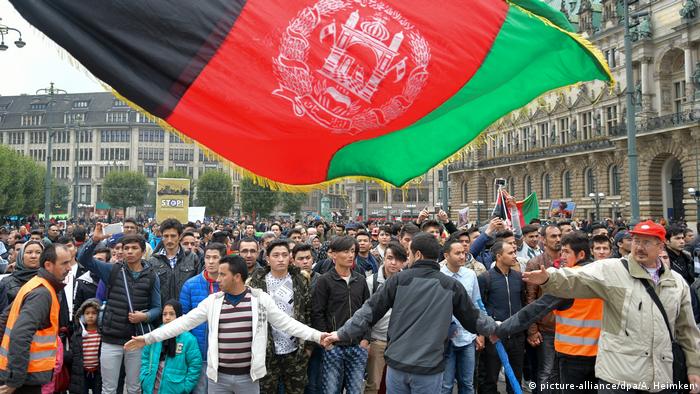 Several thousand people protested in cities across Germany on Saturday against the obligatory repatriation of failed Afghan refugees. In the western city of Dusseldorf, 2,000 demonstrators took to the streets. In Hamburg, police estimated there were about 1,500 protesters.

The demonstrators said Germany should not force people to move to dangerous countries, such as Afghanistan. "The people who are forced to return cannot live their lives in safety there. A life in dignity is inconceivable under these conditions," demonstration organizers in Hamburg said of the situation in Afghanistan.

Of the 250,000 Afghans living in Germany, 11,900 were asked to leave the country from mid-December, according to the German Interior Ministry.

Germany then started to return Afghans in so-called "collective deportations" amid widespread protest. The moves were controversial in Germany as large parts of Afghanistan remain violent and it is not on Germany's official list of "safe countries of origin."

The "collective deportations" came after Germany signed a memorandum of understanding with Kabul following  pressure from Interior Minister Thomas de Maiziere  to speed up procedures for people with little chance of being granted asylum.

In late January the second plane-load of rejected refugees left Germany.  Among those deported were criminals, but also Afghans who had lived in Germany for years, as well as members of religious and ethnic minorities. 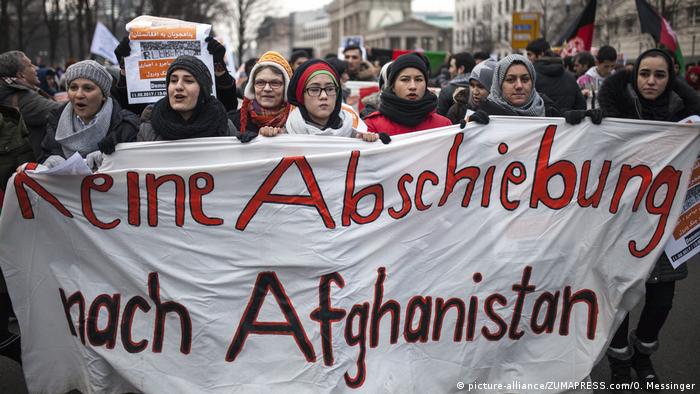 In Berlin, demonstrators marched from the Brandenburg Gate to Alexanderplatz. Police said around 200 people took part, while the Berlin Refugee Council said there were up to 2,000. Protests took place in 13 German cities, including Nuremberg, Hamburg, Hanover, Schwerin and Erfurt.

The Refugee Council of the populous German state of North Rhine-Westphalia, which organized the Dusseldorf demonstration, said that Afghanistan was an unsafe country, and that a report by the UN's refugee agency showed the situation had deteriorated recently.

The Refugee Council said 2,562 civilians were killed and 5,835 were injured in Afghanistan between January and September 2016, more casualties than at any time since 2009. It said the whole country was affected by conflict.

German Chancellor Angela Merkel announced Thursday that the federal and state governments had agreed to significantly speed up the return of rejected asylum applicants.

Merkel's party, the CDU, expected that the push for more repatriations could discourage supporter defection to the populist Alternative for Germany (AFD) party, which had been critical of the chancellor's open-door policy towards refugees.