Germans have chosen Lithuania's entry as the winner of their substitute for the Eurovision Song Contest final. The real version was canceled due to the coronavirus pandemic. 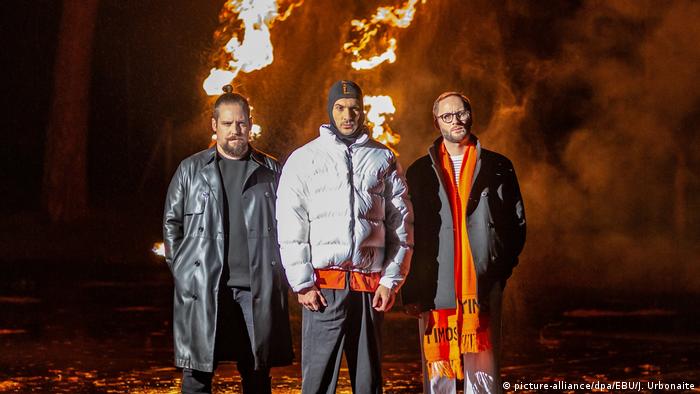 After the real finale was called off due to the pandemic, the Eurovision Song Contest (ESC) aired a substitute show on Saturday with a message to unite countries despite the crisis.

A two-hour special called "Eurovision: Europe Shines A Light" was broadcast in dozens of countries around the world in place of the grand finale.
Read more: Alternatives to the Eurovision Song Contest

The program featured the original song entries from the 41 countries that take part in the contest in a non-competitive format.

The finale was originally scheduled to take place in the Dutch city of Rotterdam from May 12 – 16, but was called of due to measures to stem the spread of COVID-19.

At the end of the ESC substitute show, organizers announced that the 2021 finale will take place in Rotterdam.

In Germany, a smaller-scale program with live performances was held in front of empty seats at Hamburg's Elbphilharmonie concert hall.

Viewers could cast their vote for the song that "won the hearts" of the audience, picking from a group of ESC finalists from 10 countries, including Denmark, Iceland and Lithuania.

Lithuanian band The Roop was declared winner with its electric pop song "On Fire."

Germany's entry to the contest, Ben Dolic, performed his song but as a non-competitor.

Countries also held their own alternative ESC contests, including the "Free European Song Contest" in Germany and the UK's "Eurovision" Come Together."

The finale was originally scheduled to take place in Rotterdam from May 12 — 16, but was called of due to measures to stem the spread of COVID-19.

LeBron James hits back at Zlatan Ibrahimovic criticism 53m ago