German training for Belarusian police under scrutiny | Germany| News and in-depth reporting from Berlin and beyond | DW | 25.08.2012

For several years, German police provided their counterparts in autocratic Belarus training to deal with large crowds and other situations. Germany has since ended the program, but it remains under scrutiny. 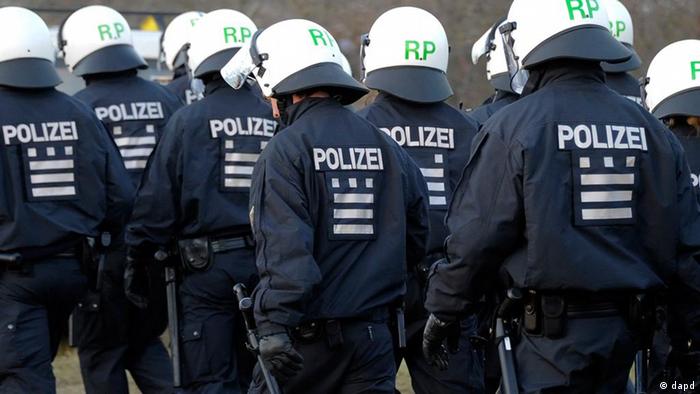 In the eyes of the German government, a project to train Belarusian police was no mistake. The program ended last year.

Germany's Interior Ministry and Foreign Office issued a statement saying the cooperation came at the request of the government in Minsk. They added that the police program was one of several bilateral projects initiated in 2008, when it was still hoped Belarus would further open up to the west and the European Union.

Additionally, the ministries said all collaboration had been agreed on with the EU, which temporarily lifted sanctions against the Belarusian regime. But once it emerged that Belarusian President Alexander Lukaschenko was involved in manipulating 2010 presidential elections, Germany cut back on training Belarusian police and eventually stopped altogether. 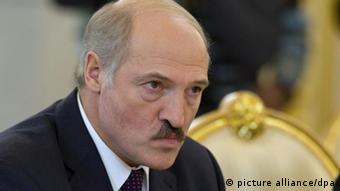 Lukaschenko has steered his country into isolation again

Anything done in 2011 would have been "remainders of earlier assignments that had to be completed," the Interior Ministry stated. It added there was never any arms training.

Berlin daily newspaper Tagesspiegel reported details of the project on Friday (24.08.2012). According to the report, between 2008 and 2011, German officers trained almost 400 Belarusian border patrol officers as well as high-ranking militia personnel and criminologists. About 100 Belarusian staff also received training in Germany.

German federal police staff led the training. According to the Interior Ministry, the main purpose of the training was to teach policing methods for large-scale incidents. One example was the Ice Hockey World Championships, held in Germany in 2010 and scheduled for Belarus in 2014. Other topics reportedly included corruption control, border policing and immigration procedures at airports.

The German government rejected allegations that training conducted by its officers was essentially about how to suppress large-scale demonstrations. 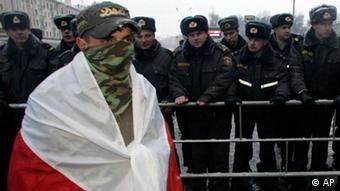 Belarusian police were to learn "awareness of the rule of law"

Spokesman Steffen Seibert said it was important to recall that "the basic attitude of the German police - even during large-scale incidents - is one of fairness, transparency and respect towards the citizens, and [to be] free of violence as much as possible."

Seibert said these practices were a core aspect of the training for Belarusian police, and that the objective was to promote awareness about democracy and the rule of law.

These days, the German government says there will be no more training for police working for autocratic Belarus. The last seminar took place in October 2011. Still, a German police officer specializing in border patrol has served as a liaison at the German embassy in Minsk since 2010.

Not a single member of the opposition won a seat in Belarus' parliamentary elections, which was slammed by the Organization for Security and Cooperation in Europe (OSCE) as "undemocratic." (30.09.2008)

While Greece's debt dominated the news on Wednesday, Chancellor Angela Merkel shifted the focus briefly to the country of Moldova. Merkel is the first German chancellor to visit the republic since its founding. (22.08.2012)

EU slaps new sanctions on Belarus over crackdown on opposition

The European Union remains concerned about the human rights situation in Belarus under President Alexander Lukashenko and has decided to impose more sanctions on those with close ties to the regime. (20.06.2011)