Not a single member of the opposition won a seat in Belarus' parliamentary elections, which was slammed by the Organization for Security and Cooperation in Europe (OSCE) as "undemocratic." 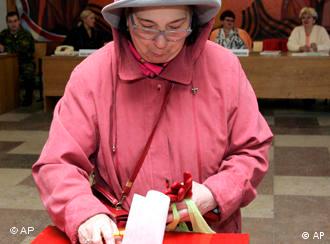 "Despite some minor improvements, the Sept. 28 parliamentary election in Belarus ultimately fell short of OSCE commitments for democratic elections ... The election took place in a strictly controlled environment with a barely visible campaign," the OSCE said in its report.

"Voting was generally well conducted but the process deteriorated considerably during the vote count. Promises to ensure transparency of the vote count were not implemented," the monitors' report said. "The count was assessed as bad or very bad in 48 percent of polling stations visited. Where access was possible several cases of deliberate falsification of results were observed."

OSCE monitors were prevented or hindered from observing the vote count in 35 percent of cases, the monitors also noted. "This compromised the transparency of this fundamental element of the election process," the report stated. 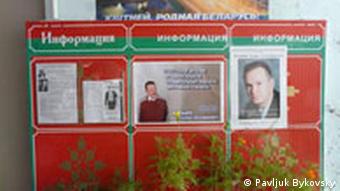 The report quoted senior OSCE monitor Anne-Marie Lizin as saying that the signal to improve the electoral system was "not implemented and substantial improvements are required if Belarus is to conduct a genuinely democratic election."

The report did highlight some improvements, however.

"Positive developments included the slightly increased access of opposition representatives to election commissions, the decision to rebroadcast once five-minute candidate spots during prime time, and the recommendation to seal ballot box slots overnight during the five-day early voting period,” the OSCE reported. “Some opposition candidates noted progress in their ability to conduct meetings in authorized locations without interference."

However, the unwillingness by Belarus' state-controlled news media to focus on candidates, while at the same time devoting more than 90 percent of print and air time to authoritarian President Aleksander Lukashenko and his government, prevented voters from learning much about candidates, the report said.

"The legislative framework continues to present obstacles for elections in line with OSCE commitments,” it stated. “The media coverage of the campaign did not provide meaningful information for voters to be able to make an informed choice. Political parties played a minor role, and restrictions imposed by the state authorities did not allow for a vibrant campaign with real competition."

The OSCE deployed some 450 international observers from 43 countries including more than 320 short-term observers and 58 experts and long term observers fielded by ODIHR (Office for Democratic Institutions and Human Rights) as well as 66 parliamentarians and staff from the OSCE Parliamentary Assembly. 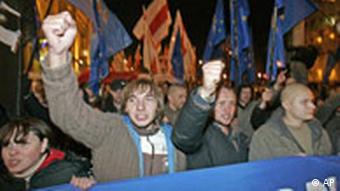 Protestors gathered to proclaim the election as a fraud

"The fear of mass demonstrations and the disapproval of radical changes which could have happened if the opposition was elected, led to these results," Yermoshina said.

Despite bans on rallies several hundred opposition members gathered in the city center of Minsk to protest the alleged fraud, holding up road flares and banners decrying the election as a farce.

The demonstration blocked traffic but was otherwise peaceful, with police making no move to interfere. The protestors had dispersed by early evening.

According to the Russian Itar-Tass news agency, 100 of 110 districts were counted. Turnout was at 75.3 percent to vote for the 263 candidates competing for the 110 seats in the Belarus parliament, 70 of them from the opposition.

Opposition candidates lagged behind the government's candidates by a wide margin, the commission said. Among the successful directly-elected candidates were many representatives of large businesses and regional administration. 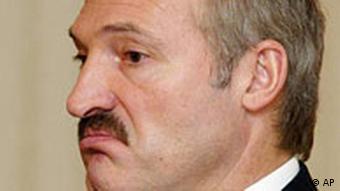 Lukashenko promised free and fair elections before the poll

Ahead of the elections, authoritarian President Alexander Lukashenko stressed his interest in closer ties with the West, saying the polls would be fair and democratic.

"It will be very difficult for anyone to criticize this election as unfair," Lukashenko said after casting his vote in Minsk.

An opposition statement made public Monday did just that, saying the pro-Lukashenko parliament had been elected "by the means of mass falsification." The Lukashenko government faked the results by allowing, in many cases, only pro-government officials to count votes, they claimed.

"Our position is clear and precise: We do consider this election to be neither fair, nor legitimate, inasmuch as only 5 percent of our representatives were allowed (by the state) to participate in regional election commissions and count ballots," Anatoliy Lebedko, an opposition organizer, said.

During the last eight years, no opposition member has won a seat in parliament. Democratic elections in Belarus are a prerequisite for improving relations with the West.

Parliamentary elections in Belarus were passing off peacefully Sunday. But the opposition has expressed fears that the polls would be fixed by the Belarusian leadership. (28.09.2008)

Ahead of Sunday's elections in Belarus, the country's autocratic president hopes to move closer to the EU and has promised fair voting. But German EU parliamentarian Elmar Brok says that's unlikely to happen. (27.09.2008)

Belarussian President Alexander Lukashenko on Thursday called on the West to "accept" his country amid signs of a thaw in a state described by Washington as Europe's last dictatorship. (19.09.2008)