Germany's foreign intelligence agency BND has released a disparaging report on Saudi Arabia. Their assessment says the country is destabilizing the Middle East with proxy wars in Yemen and elsewhere in the region. 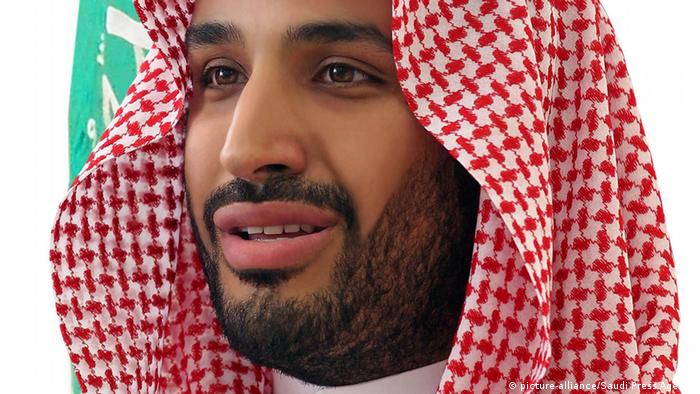 "The careful diplomatic stance of older members of the Saudi royal family has been replaced by an impulsive policy of intervention," the Bundesnachrichtendienst (BND) said.

The spy agency accused bin Salman, second in line to the throne, and his father, King Salman, as trying to create an image of Saudi Arabia being the leader of the Arab world. The BND added that bin Salman's quest to cement his place in the nation's leadership could also irritate other members of the royal family.

As another reason for the shift in policy, the BND also cited a perceived change in the role of the United States as the guarantor of stability in the face of growing influence exerted by Iran.

Since King Salman's succession to power in January 2015, there's been a more forceful response to the regional standoff between Iran and Saudi Arabia largely set in motion by Prince Mohammed. The BND said that this could mainly be observed in Saudi Arabia's military intervention in Yemen as well as its increased support for Syrian rebels in a bid to remove Syrian President Bashar al-Assad.

The brief report chiefly spoke about Saudi Arabia's involvement in Yemen and Syria, but also highlighted other countries such as Lebanon, Bahrain and Iraq as realms of growing Saudi interest, saying that Saudi Arabia was "prepared to take unprecedented military, financial and political risks to avoid falling behind in regional politics."

According to the BND, Saudi Arabia continued to view Iran's involvement in the region as an increasingly aggressive tactic, pointing to Iran's reported cooperation with paramilitary organizations like Hezbollah in Lebanon and other non-state proxies in conflict-ridden areas of the Middle East.

Iran has denied having any ambitions to meddle in foreign affairs, but has accused Saudi Arabia of undermining regional stability through its military support and financing of rebels. Iran, a chief ally of Syria's Assad, has been accused of financing and assisting Houthi rebels in Yemen.

Saudi Arabia's expanding influence in the Middle East also comes at a considerable price tag. The Gulf kingdom will likely face a budget deficit of at least $120 billion this year alone.

Saudi Arabia's new king has laid the groundwork for a new generation to take charge, just hours after he took office. Meanwhile, King Salman's half brother and predecessor King Abdullah has been laid to rest. (23.01.2015)

Hundreds of Iranians took to the streets of Tehran, chanting, "Death to the treacherous House of Saud" in reaction to the hajj stampede. The Islamic Republic's leader has demanded an apology from Riyadh for the events. (27.09.2015)