Saudi Arabia's new king has laid the groundwork for a new generation to take charge, just hours after he took office. Meanwhile, King Salman's half brother and predecessor King Abdullah has been laid to rest. 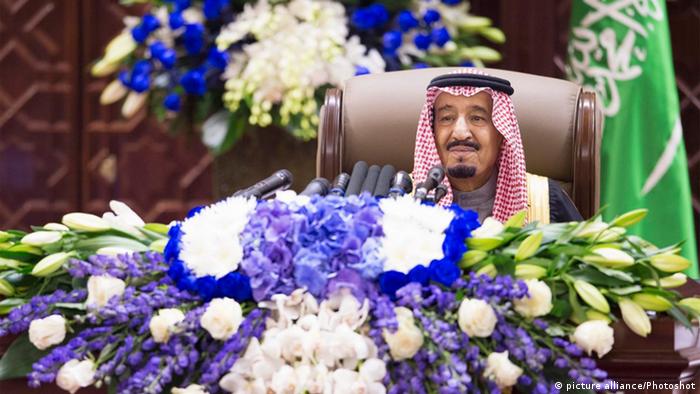 King Salman set the course for future of Saudi Arabia's monarchy on Friday, issuing a royal decree in which he named significantly younger men as future leaders.

The new king, thought to be aged 79, named his youngest half brother, Muqrin aged around 69, as crown prince and his immediate successor as king. He also named 55-year-old Prince Mohammed bin Nayef, 55, as deputy crown prince and second in line to the throne. This marks the first time that a grandson of Saudi Arabia's founder, King Abdul-Aziz Al Saud, is in line to become king.

King Salman also addressed the country on national television, pledging no major changes to the path charted by his brother, King Abdullah, who passed away in the early hours of Friday, believed to be aged around 90.

"We will remain, with God's strength, attached to the straight path that this state has walked since its establishment by King Abdul Aziz bin Saud, and by his sons after him," the new king said.

He also called on all Muslims to stand united.

"The thing the Islamic ummah (nation) most needs is its unity and solidarity, and we will continue in this country to undertake all that can achieve unity... and the defense of the causes of our nation," the king said.

King Abdullah, meanwhile, was laid to rest in an unmarked grave in the capital Riyadh on Friday following funeral prayers in the Mosque of Imam Turki.

Despite King Salman's efforts to convince Saudi Arabia and the world that he stood for continuity in public policy, uncertainty about what he would do about the country's oil output helped Brent North Sea crude close trading in London at $48.79 per barrel, up 27 cents from Thursday's close. US crude, though, closed down 72 cents at $45.59.

Saudi Arabia, as the top producer in the Organization of the Petroleum Exporting Countries, has been the driving force behind OPEC's refusal to slash deliveries to increase demand and revenues - despite the rapid decline in the price of oil in recent months.

Opinion: Saudi Arabia at a crossroads

There are stormy times ahead for Saudi Arabia and its new king. Gridlock with domestic political reforms and foreign policy failures threaten the future of the Wahhabi monarchy, says DW's Loay Mudhoon. (23.01.2015)

The late Saudi King Abdullah tried to make cautious changes to his conservative country and at times struggled with religious leaders. But his reign will not be known for ushering in major shifts in Saudi policies. (23.01.2015)