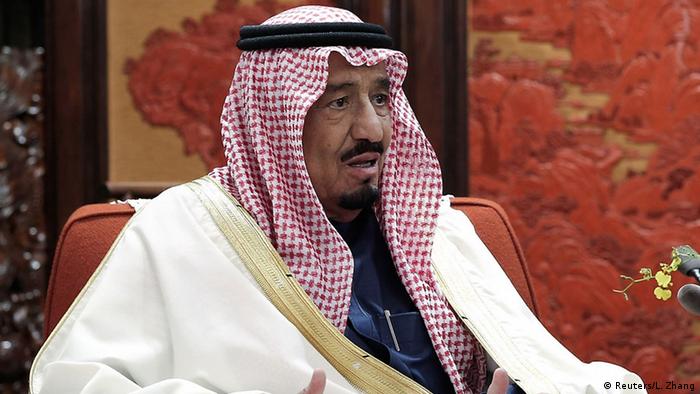 Shortly after Abdullah's death, Salman named his half-brother Muqrin crown prince and heir, forestalling any fears of a succession crisis at a moment when Saudi Arabia faces unprecedented turmoil. Salman, 79, had served five decades as the governor of Riyadh and had been the defense minister since 2011. He assumes the throne after two older brothers died in the succession line.

"We will continue adhering to the correct policies which Saudi Arabia has followed since its establishment," Salman said in the speech aired by state television.

He also made an reference to the chaos gripping the greater Middle East as the extremist Islamic State group now holds a third of both Iraq and Syria.

"The Arab and the Islamic nations are in dire need for solidarity amd cohesion," the king said. 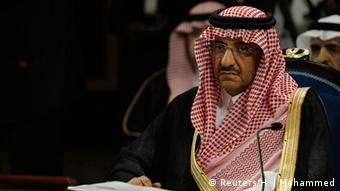 Salman bin Abdul Aziz appointed his son Mohammed bin Salman as defence minister and head of royal court, but he decided to keep other ministers, including the foreign, oil and finance portfolios in their positions.

According to a royal decree, Interior Minister Prince Mohammed bin Nayef, who led the country's war on Al-Qaeda, has been as second in line to the throne.

Ahead of Salman's taking the throne, there had been speculation that his poor health and advanced age might have prevented him from succeeding his half-brother. Salman reportedly holds a reputation as a moderate who might follow a similar course to the late king's.

Saudi Arabia has a dismal rights record. The country's on-again, off-again scheduled flogging of a blogger for insulting Islam has even created a minor stir in German soccer, with Bundesliga champs Bayern Munich drawing flak for a recent friendly match in the kingdom. And women face a particularly harsh misogyny in a kingdom where they are treated as terrorists for the act of driving an automobile.

Born in Riyadh in 1924 - one of many sons of King Abdul Aziz al Saud, the founder of modern-day Saudi Arabia and husband to 22 wives - Abdullah became king in 2005 but had filled the role unofficially after his brother Fahd became incapacitated by a 1995 stroke. It remains to be seen whether Salman will continue the modest reforms initiated by Abdullah, who was 90.

Abdullah made no moves toward democracy, and even sent soldiers to the island of Bahrain to crush that kingdom's protest movement in 2011. The brothers may have this in common; in 2007, a WikiLeaks cable publicized Salman's private fears that Saudi Arabia could descend into tribalism should the monarchy attempt to introduce democracy. However, Abdullah extended freedoms previously unknown to Saudi women: He launched the first coed university in 2009 and advocated for women to serve on the Shoura Council, which advises the government on new laws.

US President Barack Obama saluted the late king's commitment to close transnational ties. "As a leader, he was always candid and had the courage of his convictions," Obama said in a statement released Friday. "One of those convictions was his steadfast and passionate belief in the importance of the US-Saudi relationship as a force for stability and security in the Middle East and beyond."

Coronavirus digest: US lifts travel bans on EU, UK and Brazil 9m ago