The planned public flogging of Saudi blogger Raif Badawi has been postponed for a second time, says Amnesty international. Riyadh may be trying to quietly drop the punishment that has drawn strong international rebukes. 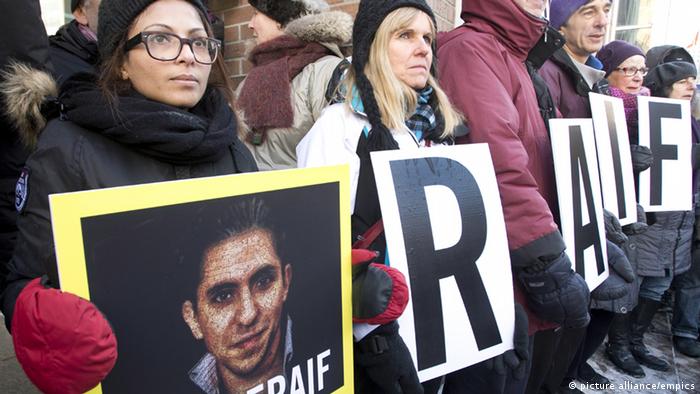 "The committee, comprised of around eight doctors, carried out a series of tests on Raif Badawi at the King Fahd Hospital in Jeddah on Wednesday and recommended that the flogging should not be carried out," the Amnesty international statement said.

However, Badawi was still at risk of flogging, despite the medical report, and called on authorities to "publicly announce an end to his flogging", Amnesty urged in a statement.

Badawi, a blogger and founder of the "Free Saudi Liberals" website was sentenced to 10 years in jail, a fine of one million riyals ($267,000) and 1,000 lashes. He was subjected to the first 50 lashes two weeks ago ,but a second round of flogging, scheduled to be held last Friday after prayers was postponed, apparently on medical grounds.

Political stakes over Badawi's case, which included a charge of insulting Islam, have been heightened by this month's attack on the French Charlie Hebdo newspaper in Paris and its subsequent publication of more cartoons lampooning Islam's Prophet Muhammad.

The international reaction to Badawi's punishment even spread into the world of professional soccer this week, when German politicians criticized Bundesliga giants Bayern Munich for playing a friendly match in Saudi Arabia while criticism of the kingdom's rights record swirls.

On Tuesday, Austria's chancellor threatened to withdraw support for a Saudi-financed religious dialogue center unless it condemns Badawi's public flogging.