The planned public flogging of Saudi activist and blogger Raif Badawi has been postponed according to Amnesty International. The human rights organization says the lashings have been stayed on medical grounds. 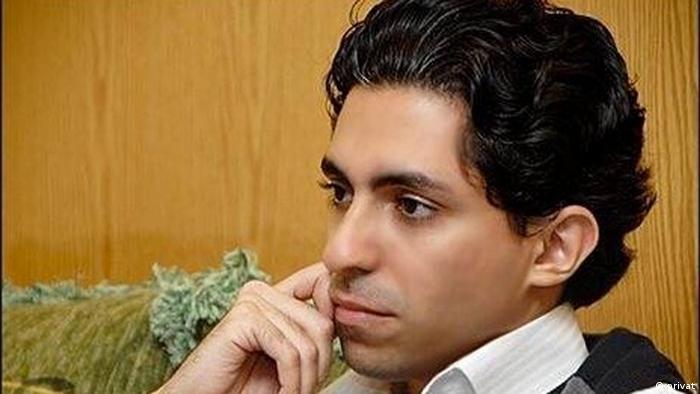 Amnesty International announced on their Twitter feed Friday that Saudi blogger and rights campaigner Raif Badawi would be spared 50 lashings on medical reasons.

"The prison doctor saw Badawi's health does not allow his flogging today," Badawi's wife, Ensaf Haidar, told AFP from Canada, where she has sought asylum their three children.

Badawi has been detained since mid-2012 when his website Free Saudi Liberals was shut down, where he was accused of insulting Islam, cybercrime and disobeying his father. He was sentenced to 10 years in prison, a fine of 1 million riyals ($266,666; 229,774 euros) and a total of 1,000 lashes.

He received the first of his 50 public floggings a week ago in the Saudi Arabian port city of Jeddah, and was expected to be flogged again following Friday prayers.

A Middle East from Amnesty International in Germany, Ruth Jüttner, said the organization was "delighted the lashings were not going to take place today."

"We think this is a small victory; we hope our actions and the worldwide pressure of so many people has contributed to this decision being made…and this blogger does not receive anymore lashings."

Haidar denounced the flogging and compared it to attacks by Islamist terrorists. The penalty is the same as the attacks on the satirical magazine Charlie Hebdo in Paris, she told the DPA news agency.

Despite international protest, Saudi blogger Raif Badawi is to publicly face 50 more lashes as part of his 1,000-lash sentence. Human rights activists are calling on the German government to intervene on his behalf. (16.01.2015)

Saudi blogger Raif Badawi has been flogged in public near a mosque in Jeddah, receiving 50 lashes for "blasphemy." He is facing the punishment of 1,000 lashes in addition to serving a 10-year sentence in prison. (09.01.2015)