Two women who protested the female driving ban in Saudi Arabia have been sent to a court used for hearing terrorism cases after their first hearing. The police seem more interested in their active social media accounts. 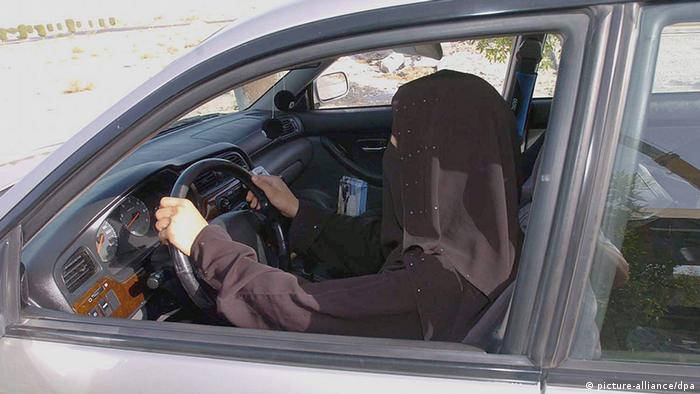 The two Saudi activists for womens' rights, Loujain al-Hathoul and Maysa al-Amoudi, have been transferred to a special tribunal used for prosecuting terrorism suspects following their initial hearing on Thursday for violating the kingdom's ban on female driving. Their lawyers plan on appealing the decision.

Activists told the press that the investigation surrounding the pair revolves more around their activity on social media than driving cars.

The 25-year-old al-Hathoul was detained for trying to enter Saudi Arabia from the United Arab Emirates on December 1. She recorded the incident, in which she was kept from entering her home country for over 24 hours, and uploaded a video of it to YouTube.

The ‘absurdity' of forbidding women from driving

"She wanted to highlight the absurdity" of not being able to drive in her own county, an activist told the Associated Press on condition of anonymity for fear of government reprisal.

Al-Amoudi,33, a UAE-based Saudi journalist, arrived the next day to show solidarity and bring al-Hathoul food, water, and a blanket. Al-Almoudi has hosted a program on YouTube discussing the driving ban, a law unique to Saudi Arabia. Both women have hundreds of thousands of Twitter followers, and tweeted, sometimes tongue-in-cheek, about their experience being held up at the border.

In October, dozens of women posted pictures of themselves behind the wheel as part of an online campaign fighting for the right to drive. In response, the Ministry of the Interior said it would be strict with anyone undermining "social cohesion."