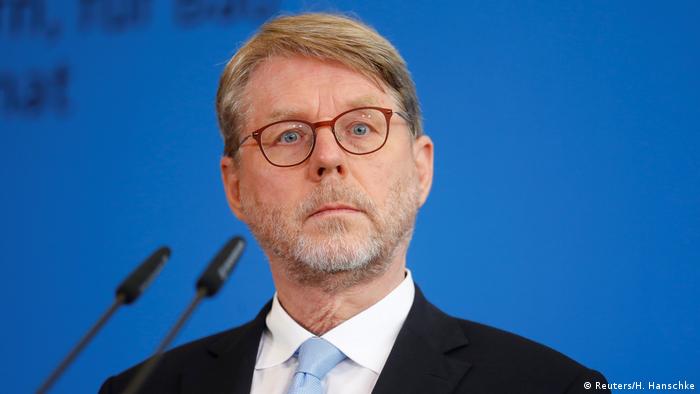 German authorities should apply asylum law consistently and strictly even in difficult individual cases, the new head of Germany's refugee agency said in an interview published on Saturday.

Hans-Eckhard Sommer said he wanted to take a tough line on deportations, telling news magazine Der Spiegel that law and order should be enforced in this area as is already done in the case of violations of taxation laws.

When asked if he saw himself as a hard-liner, Sommer, who used to work in the Interior Ministry in the southern state of Bavaria, said he did consider himself as one "if advocating for the consistent application of existing law is enough to give you such a title."

While in Bavaria, Sommer was known as a "tough dog" in government circles.

Sommer, 57, took over as president of the German Office for Migration and Refugees (BAMF) in June after his predecessor, Jutta Cordt, was dismissed from the position by Interior Minister Horst Seehofer over questionable asylum decisions at the agency's Bremen branch.

"What happened in Bremen was bad," Sommer said, adding that auditors had " found errors to a serious extent among a few employees, where consciously manipulative behavior was at play."

Read more: Rescued migrants in limbo while waiting for resettlement in Germany

Sommer also defended the establishment of controversial holding and processing centers for asylum-seekers, known under the acronym of "Anker" in German, which means "anchor" in English.

The centers are intended to accommodate asylum-seekers with few chances of having their applications accepted until they are deported.

Sommer criticized opposition to the centers from various German states, saying that many states wanted to accommodate even those who had no prospect of remaining in towns and municipalities.

"I consider that to be counterproductive," Sommer said.

Sommer's severe assessment of the gravity of errors committed in Bremen is somewhat at odds with revelations contained in reports by various media organizations.

The affair in Bremen was held up as a major scandal by many of those in Germany opposed to Chancellor Angela Merkel's liberal refugee policies.