Germany's Interior Ministry has said at least two extremists were granted asylum thanks to a flawed processing system at the BAMF Bremen office. Another 44 approved refugees were also found to have Islamists ties. 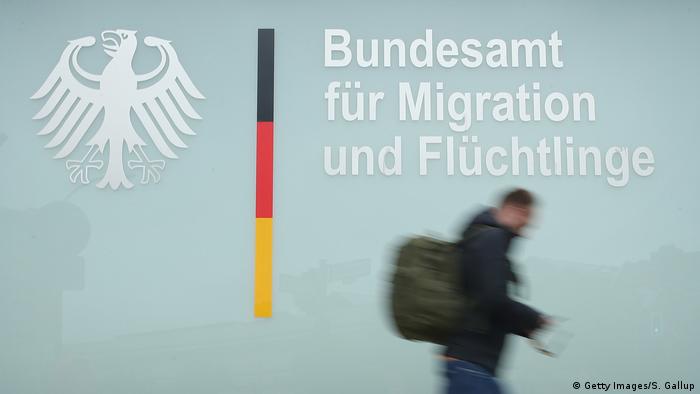 The government office at the heart of Germany's ongoing asylum scandal was thrust into even deeper controversy on Sunday, after the Interior Ministry confirmed that at least two extremists were granted asylum after their requests were not properly processed.

The government's confirmation came on the back of an investigation by Redaktionsnetzwerk Deutschland (German Editorial Network), a journalism association, which found that the Bremen office of the Federal Office for Migration and Refugees (BAMF) had allowed more than 80 migrants to enter Germany since 2000 who instead should have been flagged to authorities.

An Interior Ministry spokeswoman told Germany's DPA news agency that one of the extremists was labelled as a potential terrorist threat, while the other was known to have Islamist extremist ties.

In all, 46 approved migrants were found to have some form of Islamist ties.

The findings mark the latest embarrassment for the BAMF's regional office in Bremen.

Last month, the office was suspended from assessing any further asylum requests amid accusations that a regional officer falsely allowed some 1,200 migrants to settle in Germany between 2013 and 2016, possibly in exchange for bribes. The Bremen office has been placed under investigation.

The accused officer, identified under German privacy laws only as Ulrike B., has described the allegations as "nonsense" and accused the government of making her a scapegoat for its own failure to efficiently reform Germany's asylum system.

Germany's migration office has come under intense scrutiny following the 2015 refugee crisis. The government's decision to allow more than one million migrants to settle in Germany forced the BAMF to more than double its staff from 3,000 to 7,300 to handle the influx.

Each office was also forced to up its own processing targets to an average of 3.5 per day. Last year, only three out of 66 BAMF branches managed to meet the target.

German Chancellor Angela Merkel was left reeling from the BAMF scandal on Sunday, after the migration agency's former head effectively accused her of ignoring his warnings about the excessive workload and demands being placed on agency staff.

"The failure lies in the inaction (of the government) when the challenges that Germany would face with the arrival of the refugees became clear," Frank-Jürgen Weise, who headed the BAMF from late 2015 to the end of 2016, told news German weekly Der Spiegel. "The crisis could have been prevented."

Even voices from within the Social Democrats (SPD), Merkel's junior coalition partner, chided the chancellor for her handling of the crisis.

Speaking to German tabloid Bild, SPD General Secretary Lars Klingbeil called on Merkel to immediately disclose "what she knew about the problems at the BAMF and when she knew them."

SPD Deputy Chairman Ralf Stegner said the chancellor bore full responsibility for the excessive demands placed on BAMF staff. "The loss of control over the most important authority in refugee policy served to the detriment of those affected and local authorities, and to the benefit of right-wing populists," he told Germany's Tagesspiegel newspaper. "The chancellor has simply failed."