German politicians demand elections in Venezuela | Germany| News and in-depth reporting from Berlin and beyond | DW | 30.01.2019

German politicians have repeated calls for new elections in Venezuela as the political crisis in the South American country deepens. The Left party has condemned the EU's "ultimatums." 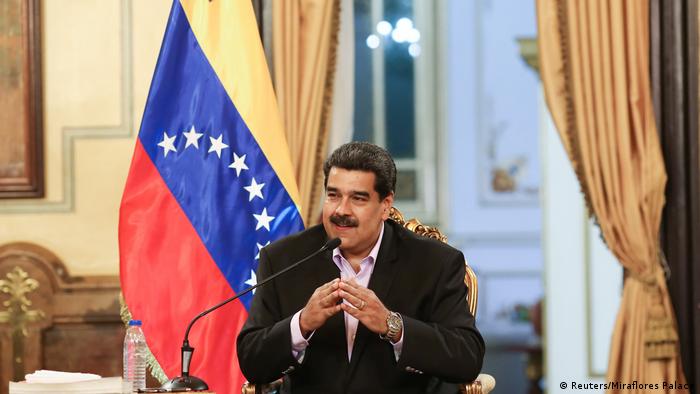 The German parliament's foreign affairs committee met in Berlin on Wednesday to hear the government's report on Venezuela and try to hash out a common position on the standoff between President Nicolas Maduro and self-declared interim president Juan Guaido.

As more protests loom, Venezuela's attorney general has imposed a travel ban on Guaido and frozen his bank accounts. Maduro released a Facebook video railing against the US "empire" and alleging that it was attempting to seize Venezeula's oil, after President Donald Trump officially recognized Guaido as president, as have Colombia, Brazil and other Latin American countries.

Deputy Foreign Minister Niels Annen, who delivered the German government's verdict to the committee, gave a damning assessment of Maduro's administration. "The experiences in our talks with President Maduro have been thoroughly negative," Annen, a member of the Bundestag for the Social Democrats, told DW. "The European Union has been trying to create such a dialogue for years."

Foreign Minister Heiko Maas found even stronger words on Wednesday, saying that the people of Venezuela are "fighting for survival every day."

"Nicolas Maduro is trampling on democracy, human rights and the rule of law," Maas said in a speech to the Bundestag. "Nicolas Maduro lacks any democratic legitimacy. He is not the democratically elected president of Venezuela."

Maas went on to list the German government's concerns about Venezuela, from the "collapse" of the health care system, hyperinflation and food shortages to the killing and arrests of protesters. Some 3 million refugees have fled the country, according to the United Nations.

"One can't forget that President Maduro controls all the institutions in the country and has used this control to relatively easily and clearly dominate and falsify the elections," Annen said. "A substantial dialogue that leads to new elections is necessary, but it's also clear that the National Assembly is the only legitimate organization and institution in the country we recognize." 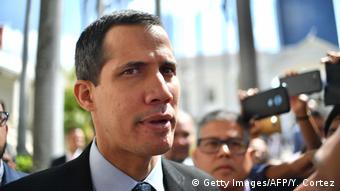 Alexander Graf Lambsdorff, European policy spokesman for the Free Democrats, took the same line. "I think that Germany and the EU have been very clear, I think the policy is right," he told DW. "Guaido is more legitimate clearly than Maduro and therefore to keep up the pressure on Maduro to move, and move more than he has moved so far, is the right strategy."

Jürgen Trittin, who represents the Greens on the Bundestag committee, supported the European U's efforts to create a common policy. "The path that various European states have suggested, namely to come to elections to get a clear, democratically elected mandate, is the right way," he told DW.

Trittin warned that foreign powers have attempting to develop a "colonial relationship" with Venezuela. 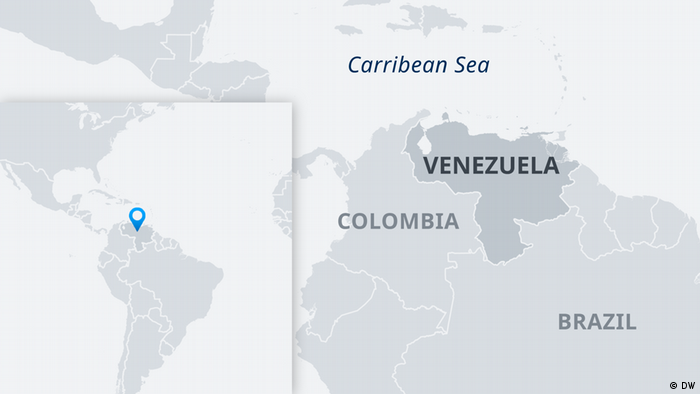 Germany's Left party, meanwhile, took a much more critical view. The party's foreign affairs spokeswoman, Heike Hänsel, condemned the German government for demanding on Saturday that Maduro call a new election within eight days. "One-sided and illegal ultimatums from some EU countries, including Germany, have irresponsibly contributed to a further exacerbation," Hänsel said in a statement.

Maduro summarily dismissed the EU's call, though Annen said the EU had maintained a unified position, not least thanks to the efforts of Foreign Minister Maas.

But "the ball," Annen insisted, was still very much in Latin America's court. "We can and will support that, because, with more than 3 million refugees from Venezuela, the situation has taken on a regional dimension," he said. "That is simply not acceptable. The provisions situation is worsening all the time, which is why we back a strong voice for our Latin American friends."

Venezuelan President Nicolas Maduro and opposition leader Juan Guaido are vying for control of the country. DW takes you through the key events since Guaido declared himself acting president. (30.01.2019)

President Nicolas Maduro and opposition leader Juan Guaido are competing for control of the military. Washington has warned that any violence or intimidation of American diplomats or Guaido would trigger a US response. (28.01.2019)