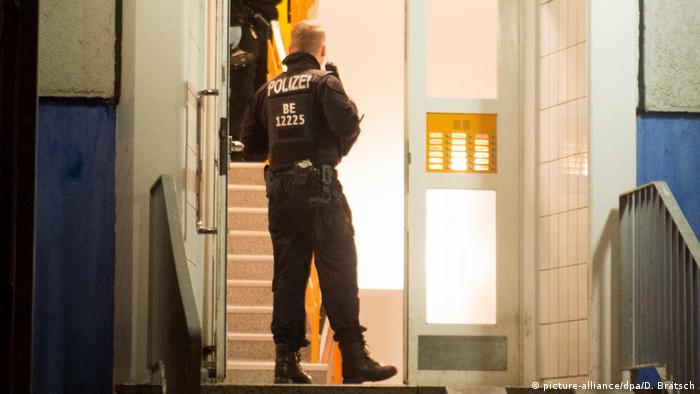 Police carried out raids at properties across four German states on Tuesday morning, targeting suspected Islamists who were believed to be "planning a serious violent act endangering the state."

Prosecutors in Berlin said the suspects were of "Chechen origin from the Islamist scene."

The raids took place in the capital, Berlin, as well as in the eastern states of Brandenburg and Thuringia and the western state of North Rhine-Westphalia.

The suspects involved are between 23 and 28 years old, authorities said in a statement after the raids. The statement did not say how many people had been detained or questioned by police.

Investigators said the suspects were accused of staking out locations to later carry out an "Islamist-motivated" attack, but added that there were no indications of any concrete attack plans.

"The searches today should help to bring clarity about their real motives," Berlin authorities said in a statement.

Officers secured cash, knives and data storage devices in the raids, which involved around 180 officers.

Authorities were prompted to carry out the raids after discovering suspicious pictures on the cellphone of one suspect, who was stopped during a police check. 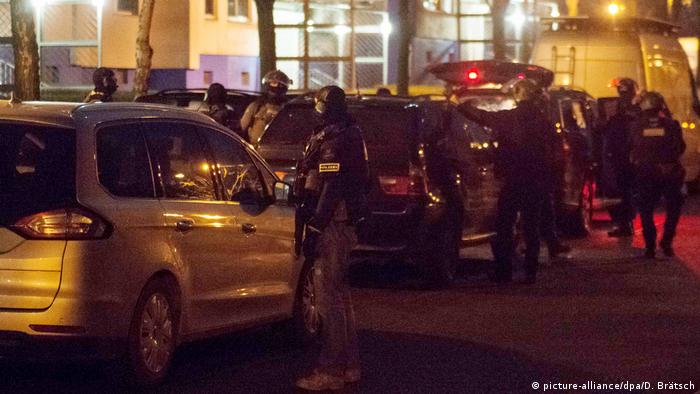 Over 180 officers took part in the early-morning raids

On alert for attack threats

German authorities have been on high alert since a rejected asylum-seeker drove a truck into a Berlin Christmas market in December 2016, killing 12 people.

In November, authorities in the western city of Offenbach arrested three men for allegedly planning to carry out a bomb attack in the name of the militant Islamic State group.

Austrian authorities say an alleged Iraqi terror "cell" planned and carried out attacks on German train lines. Investigators now believe there may have been more than two attempts to derail trains. (30.03.2019)