German authorities have detained three people on suspicion of planning a bomb attack for the militant "Islamic State" group. The main suspect allegedly purchased chemicals to create an explosive device. 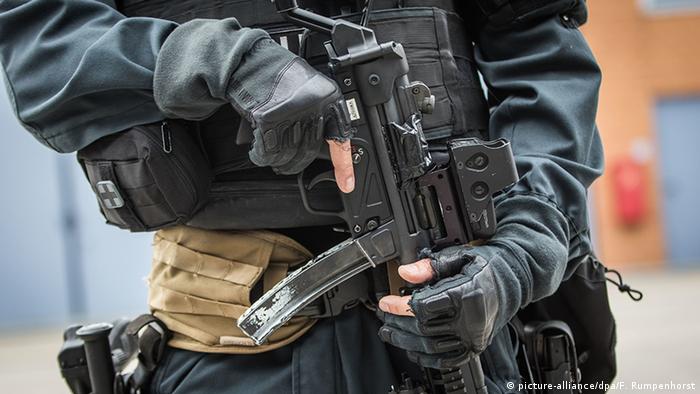 Three suspected members of the militant "Islamic State" group were detained on Tuesday following police raids in the western German city of Offenbach.

According to authorities, the three men are believed to have been planning a bomb attack to kill a large number of people in the Rhine-Main region around Frankfurt — but they did not yet have a concrete target.

Authorities "intervened just in time to prevent danger," a spokesperson for the Frankfurt prosecutor's office said.

Some 170 officers, including special police forces, took part in the raids. Three apartments were searched, with police seizing documents and data storage devices.

Prosecutors said that the main suspect, a 24-year-old German of Macedonian origin, had already purchased chemicals and devices to create an explosive device and that he was looking for firearms online.

The other suspects were said to be Turkish nationals aged 22 and 21. All three men are believed to have told people that they were IS supporters, Frankfurt prosecutor Nadja Niesen said.

Authorities had been investigating the suspected IS members since the end of October and all three of them were already known to police.

German authorities have been on high-alert for possible terror attacks since a rejected asylum-seeker from Tunisia rammed a truck into a crowd at a Berlin Christmas market in 2016, killing 12 people.

Several countries have also issued security alerts following the death of IS leader Abu Bakr al-Baghdadi, with authorities concerned about possible retaliatory attacks by IS supporters.