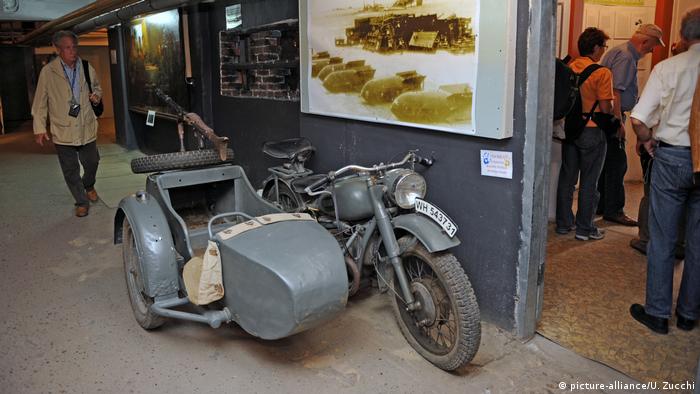 German police are investigating what to do about a man who dressed as Adolf Hitler and rode around in a motorcycle sidecar at a biker festival in Saxony over the weekend.

Videos of the spectacle circulated online following the classic motorcycle event in the city of Augustusburg near Chemnitz.

Sporting Hitler's signature toothbrush mustache and other Nazi insignia, the impersonator rode in the sidecar of a Nazi-era motorbike driven by another man dressed as a World War II-era German soldier, video footage showed.

"When people dress up as Adolf Hitler, an investigation is always necessary," a spokesman for Saxony's police said Monday.

Officials said they are considering the legal repercussions for publicly impersonating the Führer. The man has opened himself up to possible charges for sporting the insignia of an unconstitutional organization and inciting a revolt against lawful authority, the spokesman said.

In Germany, it is illegal to sport Nazi insignia in public.

The video also shows the bike pulling up and parking next to a police car, where a policeman on security duty at the event can be seen smiling as he takes out his phone and photographs the pair. People can be heard laughing nearby.

The officer may also face consequences for failing to step in.

"We would have expected our colleague to put a stop to all this without the least hesitation," a spokesman said, adding that professional consequences for the officer were being considered.

"Dressing up as a mass murderer is more than just bad taste. This kind of behavior is unacceptable and shouldn't be repeated," he wrote.

The motorcycle event attracted nearly 10,000 people over the weekend. The state in the former communist East Germany has seen an uptick in the number of far-right and neo-Nazi events taking place in recent years.