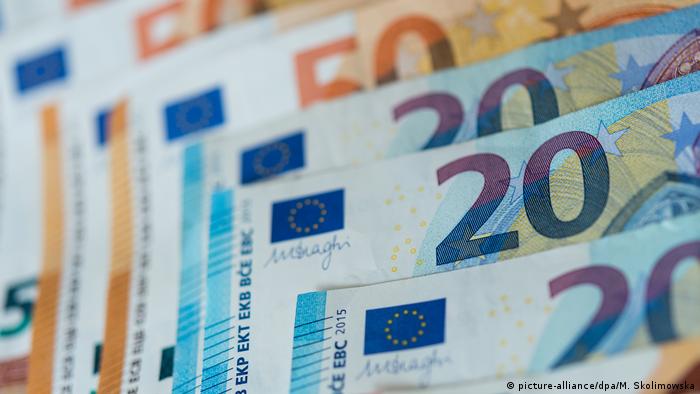 German authorities raided the home of a businessman in the state of Brandenburg on suspicion he was involved in a money-laundering scheme.

The Frankfurt prosecutors office said investigators had also searched the import-export premises of a firm on Tuesday.

The unnamed suspect is alleged to have been part of the "Troika Laundromat" - a money laundering network connected to the former Russian investment bank Troika Dialog.

The bank allegedly maintained a network of offshore firms with accounts in the Baltic region. Authorities gave no further information about the 57-year-old suspect.

Authorities in Germany are targeting Russian money-laundering operations and last year seized assets worth some €40 million ($47 million). The properties were allegedly bought through another network, known as the Russian Laundromat.

It's believed that the Russian Laundromat was involved in using fictitious companies to move some €20 billion from Russia into Europe through banks in Moldova and Latvia.

A large amount of information on the laundromat operations has been garnered by the Organized Crime and Corruption Reporting Project (OCCRP). Journalists from the project, which was involved in the Panama Papers revelations, reported that the purpose of the Troika Laundromat was to allow Russian oligarchs and politicians to secretly acquire shares in state-owned companies and buy properties in Russia and abroad.

The Troika comprised some 75 companies in a complicated financial web, which functioned from 2006 to early 2013.

The reports from the OCCRP have been dismissed by the Kremlin as false, distorted and "nothing particularly novel."

In a separate series of swoops, also announced by Frankfurt prosecutors, several properties were raided in an investigation into tax fraud.

Six suspects are suspected of setting up offshore companies with the help of a bank in Puerto Rico, with the aim of hiding investment income from German tax authorities.

The raids were conducted in the cities and towns of Frankfurt, Neu-Anspach, Oberursel, Schwalbach and Hattersheim.