Germany's government is unveiling a new law aimed at combating money laundering in the real estate sector. It's estimated that billions in illegal earnings are funneled into the German property market each year. 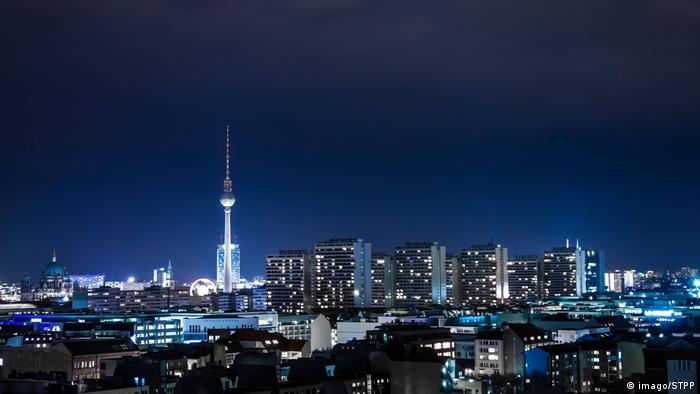 German Finance Minister Olaf Scholz said the draft bill will bring Germany in line with "the highest international standards in the fight against money laundering."

The law was approved by Chancellor Angela Merkel's Cabinet on Wednesday. Among other changes, it will give the government's Financial Intelligence Unit (FIU) greater powers and access to the data of other investigative authorities.

"Money laundering is a serious problem in our country. We have to eliminate it," Scholz told the Funke Media Group in an interview. "In particular, we have to take a closer look at the real estate market."

The legislation will expand the number of professional groups required to report suspicious deals and take precautions to prevent laundering. Staff at auction houses, precious metals dealers, and real estate agents will now be covered by the law.

Scholz acknowledged that Germany had "some catching up to do" to tackle money laundering but said the FIU was becoming "more powerful."

The opposition Green Party's Lisa Paus accused the government of being too slow to act: "The minister of finance has finally admitted errors in the fight against money laundering," she said, adding, however, that "a functioning money laundering defense is still a long way off."

She said tenants were ultimately losing out because dirty money was making prices in the property market rise.

Fabio De Masi of the Left Party called for a comprehensive real estate register to improve transparency. He said the government's plan was a start but didn't go nearly far enough.

"Germany is a gangster's paradise and needs a real money laundering master plan," he said.

In its 2018 annual report, the FIU noted an "extreme vulnerability" in Germany's real estate market when it came to dubious business deals and the investigation of criminal activities. The FIU found that of the 77,252 cases of money laundering in Germany last year, about 3,800 involved the real estate sector.

According to anti-corruption group Transparency International, 15-30% of all proceeds from criminal activities are invested in real estate, either through building and renovating, or buying, selling and renting.

In a report last year, the organization called on Germany to implement reforms after finding that about €30 billion ($34 billion) of illicit funds were funneled into German real estate in 2017. It said criminal networks, particularly the Italian Mafia, had managed to exploit legal loopholes to launder money through properties in Germany.

nm/jm (AFP, dpa)
DW sends out a selection of the day's news and features. Sign up here.

When its wealthy Russian owner suspected of money laundering left the medieval property in disrepair, the state government used a historical preservation ordinance to take charge. Now it's slated for sale and renovation. (16.07.2018)

Sprawling ranches and houses with escape tunnels seized from drug lords have gone under the hammer in Mexico's capital. Some of the properties, including one where a cartel chief was killed by his brothers, got no bids. (24.06.2019)