US probes Deutsche Bank over dealings with Malaysia′s 1MDB fund | Business | Economy and finance news from a German perspective | DW | 11.07.2019

US authorities are investigating whether Deutsche Bank violated foreign-corruption or anti-money-laundering laws. The probe is the latest in a series of regulatory and legal troubles afflicting the German lender. 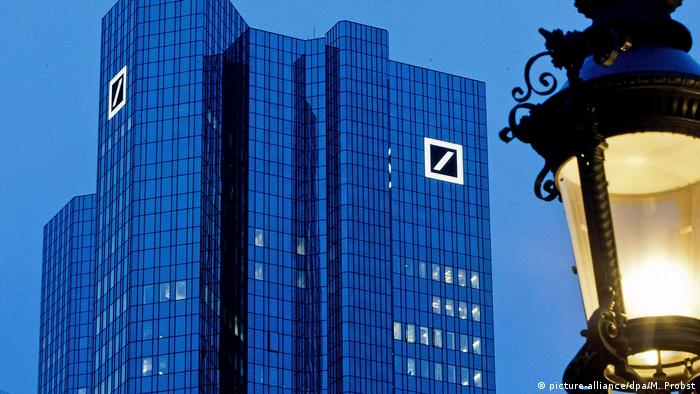 Authorities in the US are investigating Deutsche Bank in connection with its work for 1Malaysia Development Bhd (1MDB) — a multibillion-dollar state investment fund that became a major scandal after billions of dollars were siphoned off from it.

The US Department of Justice is probing whether the German lender violated foreign corruption laws or money laundering laws while raising money for 1MDB, including a $1.2 billion (€1.06 billion) fund raised in 2014 despite concerns about the Malaysian fund's management and financials becoming public, the Wall Street Journal reported, citing unidentified people familiar with the matter.

The news is the latest in a series of regulatory and legal troubles afflicting the German lender, which just days back announced a massive restructuring plan involving nearly 18,000 job cuts in a bid to reverse its sagging fortunes.

Deutsche — which was the world's biggest bank by assets at its peak in the 2000s — has struggled to post sustainable profits since the 2008-09 global financial crisis and has seen its share price tank to record lows, hit among other things by a succession of scandals which have already cost the lender billions of dollars.

The latest probe focuses on Tan Boon-Kee, a former Deutsche employee, who was involved with the bank's 1MDB dealings, the newspaper reported.

Prior to joining Deutsche, Tan worked with former Goldman Sachs executive Tim Leissner on 1MDB-related business. Goldman has been the primary focus for US investigators so far with Leissner pleading guilty to charges of money laundering and bribery.

The probe into Deutsche Bank has been helped in part by Leissner, who is cooperating with the prosecutors, the newspaper said.

Deutsche Bank told DW it had cooperated fully with all regulatory and law enforcement agencies that questioned it about the fund.

"As stated in asset forfeiture complaints filed by the US Department of Justice, 1MDB made 'material misrepresentations and omissions to Deutsche Bank officials' in connection with 1MDB's transactions with the bank," a spokesman for the bank said.

"This is consistent with the bank's own findings in this matter."

A US civil asset-forfeiture complaint repeatedly describes the German lender as being misled by 1MDB officers, the newspaper said.

The days when Deutsche Bank officials played big to win big are over. The lender's new credo is "back to the roots." The plan to overhaul Deutsche Bank is radical, DW's Henrik Böhme writes, but the outcome remains open. (08.07.2019)

The German lender is planning to cut thousands of jobs and shed whole business lines as part of a major reorganization. Analysts say cost cutting alone is not going to rid Deutsche Bank of its current woes. (05.07.2019)