The days when Deutsche Bank officials played big to win big are over. The lender's new credo is "back to the roots." The plan to overhaul Deutsche Bank is radical, DW's Henrik Böhme writes, but the outcome remains open. 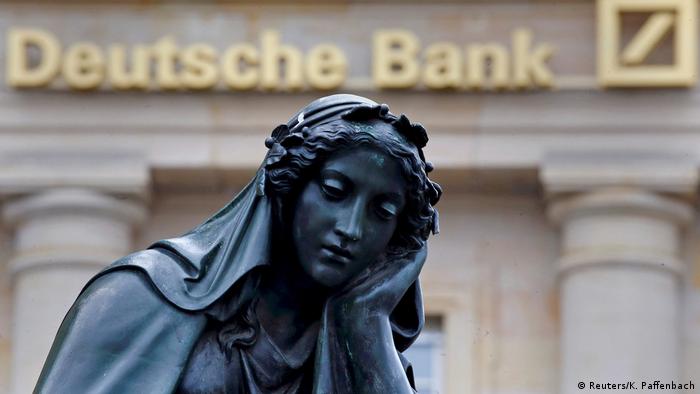 Deutsche Bank, Germany's largest lender, has presented a radical agenda to stop the company from bleeding out. The 149-year-old bank has had a miserable time of late. CEO Christian Sewing, who's been at the helm of the lender for about a year now, has decided to subject Deutsche Bank to an emergency operation. Cosmetic improvements won't cut it anymore.

The bank logged a profit in 2018 for the first time in three years. It also boasted some earnings in the first quarter of 2019. But the €200 million ($225 million) in the black pales beside the profits booked by Deutsche Bank's rivals — especially in the United States.

In theory, Deutsche Bank could also have logged a profit for the second quarter of 2019, but a huge restructuring offensive will prevent this. The planned layoffs of 18,000 workers in its investment banking division and elsewhere will initially cost a lot of money — up to €7.4 billion, according to the company's own estimates. This means that Deutsche bank will post a €2.8 billion loss for the second quarter.

Deutsche Bank is unlikely to log a profit for 2019 overall. Shareholders will have to put up with no dividend payments for this year and 2020, but they will be glad not to see another capital increase that would further decrease the value of their shares.

In recent years, Deutsche Bank has issued new shares worth €27 billion — to no avail.

Sewing, the CEO, has used core capital to finance such activities, but Deutsche Bank, which is still regulated as a systemically important bank, has to provide a lot more of this core capital than other lenders do. At the same time, risky investments are to be outsourced in the form of a "bad bank." We're talking about no less than €74 billion in value.

The lender will part with a large portion of its former investment banking business to keep only the bits that were at least modestly successful. It will withdraw from interest rate product trading as it has failed to hold a candle to Wall Street in this business segment. That's like a permanent demotion to the finance world's second division.

Corporate and retail banking are to become the new focus, with Sewing saying that putting customers first again would be like going back to the lender's roots. What then was Deutsche's main focus before, if I may ask? Had employees forgotten who they were supposed to be there for? And, if so, why did it take so long before anyone noticed? What had the members of the supervisory council been doing all along?

Sewing has given his team three years. From 2022 on, Deutsche Bank will have had its glamour restored, according to this concept. Excessive costs will have to be drastically reduced, the IT infrastructure will have to be modernized, and the bank will have a much reduced workforce — at least that's the plan.

Becoming competitive again is not going to be easy as Germany's savings banks are increasingly boasting successful business operations. Should the European Central Bank continue its zero-interest-rate policy, Deutsche Bank will find it hard to increase profits.

Germany's largest lender is making a radical cut — and it's one that has been overdue. The question is whether the management can motivate employees to carry out the necessary reforms. After all, workers have suffered in recent years as several policy changes haven't yielded their desired effects.

And customers have to be convinced, too. Just saying everything will be different will not be enough to win back disenchanted clients who have left Deutsche Bank behind.