Germany's largest lender is planning to isolate up to €50 billion in high-risk assets, reported the Financial Times. The bank's chief executive has vowed to restore sustainable profitability to the ailing lender. 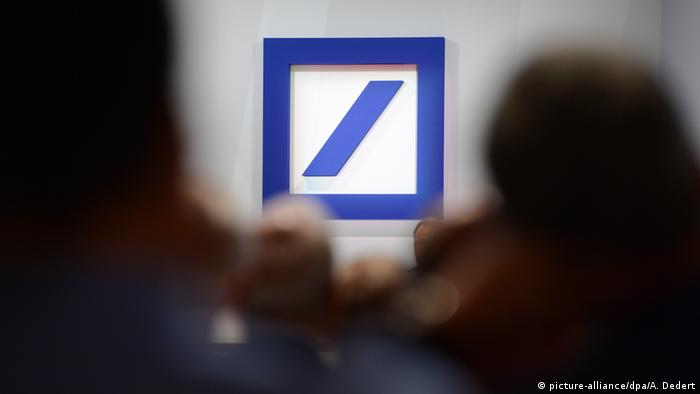 Deutsche Bank has put forward plans to overhaul its trading operations by creating a so-called bad bank that would hold up to €50 billion ($56 billion) in assets, reported the London-based business newspaper Financial Times on Monday.

A bad bank allows financial institutions to isolate high-risk assets. In this case, it would allow Deutsche Bank to house or sell high-risk assets, mostly long-dated derivatives, as it shifts its operations towards more profitable enterprises.

The measure would be complemented by a new focus on transaction banking and private wealth management, according to the newspaper. That would include scaling back or shuttering some of its business outside Europe, which could significantly impact its presence in the US.

'Tough cutbacks' on the horizon

Germany's biggest lender has seen its stock price hit historic lows as it struggles to post a profit amid a series of financial scandals. Sewing vowed in May to take radical measures to correct course.

"We will accelerate transformation by rigorously focusing our bank on profitable and growing businesses that are particularly relevant to our clients," Sewing told investors at the time. "We're prepared to make tough cutbacks."

Investors are hoping that Sewing can turn the situation around after Deutsche Bank's share price dipped below €6 ($6.73) earlier this month, even if that means taking extraordinary steps to restore sustainable profitability.