German castle expropriated from Russian owner | Europe | News and current affairs from around the continent | DW | 16.07.2018

When its wealthy Russian owner suspected of money laundering left the medieval property in disrepair, the state government used a historical preservation ordinance to take charge. Now it's slated for sale and renovation. 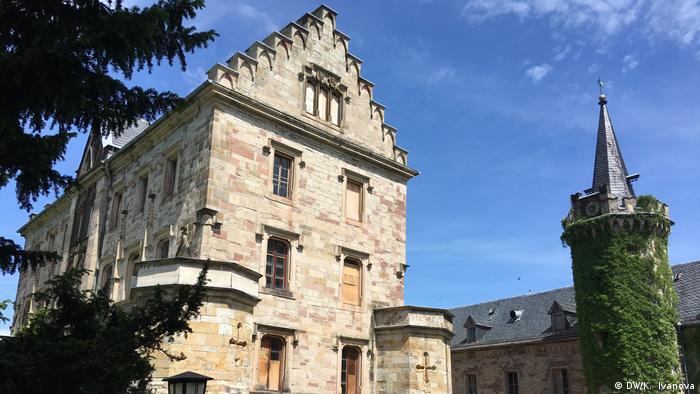 The government of Thuringia, a state in east-central Germany, has taken the unprecedented step of using a heritage preservation law to expropriate Reinhardsbrunn Castle from its Russian owner to save the centuries-old edifice from falling into disrepair. Thuringia Premier Bodo Ramelow praised the move as "exemplary."

The neo-Gothic castle was established in its current form in the mid-19th century by Duke Ernest I of Saxe-Coburg-Gotha, the father of Prince Albert of the United Kingdom, who was the husband of Queen Victoria. But its origins hark back nearly one thousand years: it was first established as a monastery in 1085 under papal protection. Over the next nine hundred years it saw many transformations, serving as an abbey, a dynastic burial ground and a seat of local government. After World War II, the Soviet Red Army used it as a hospital and it was then turned into a hotel during the German Democratic Republic (GDR). After German reunification in 1990, the edifice was bought and sold by various travel companies and hotel businesses.

A small Weimar construction company called BOB Consult GmbH purchased the castle for €25,000 ($29,000) in 2006. Two years later, the company – along with the castle – was acquired by Russian investors with plans to transform the building into a luxury hotel.

But these plans never materialized. In 2009, Igor Chartshenko, owner of a Russian construction company, bought BOB Consult, which at the time still owned Reinhardsbrunn Castle, for €12 million ($14 million). But Thuringia's authorities suspected the investment was made to launder money. Indeed, Russia's commercial register showed that in 2008 Chartshenko's company had posted zero revenue.

So far, so suspicious. But where the money was sourced from also raised eyebrows. Chartshenko secured the huge loan in the name of BOB Consult GmbH itself from an offshore company in Belize named Albany Property S.A., which was under the ownership of the Ostriyagin family. At the time, incidentally, a member of that family, Anatoly Ostriyagin, served in the Russian Duma under Vladimir Putin's United Russia Party.

Ostriyagin hails from the Yamal peninsula in northern Siberia, a region rich in oil and gas, and has fostered close ties with Russia's political class. One of Ostriyagin's long-term aides in Yamal's local government was recently made a national minister. Ostriyagin's children, too, have also maintained good business relations with Chartshenko.

So the fact that Chartshenko was already able to take out the loan in the name of BOB Consult and use it to pay for the company and the castle indicates just how murky the deal must have been.

German authorities told DW that both the buyer and seller of the site were investigated for money laundering but that the case was shelved. There was no cooperation with Russian authorities on the investigation, the German state prosecutor added. 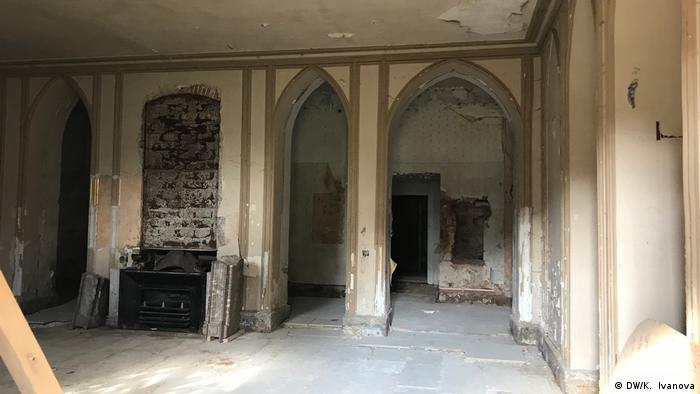 After decades of neglect, the once-magnificent Schloss Reinhardsbrunn was in need of work both inside... 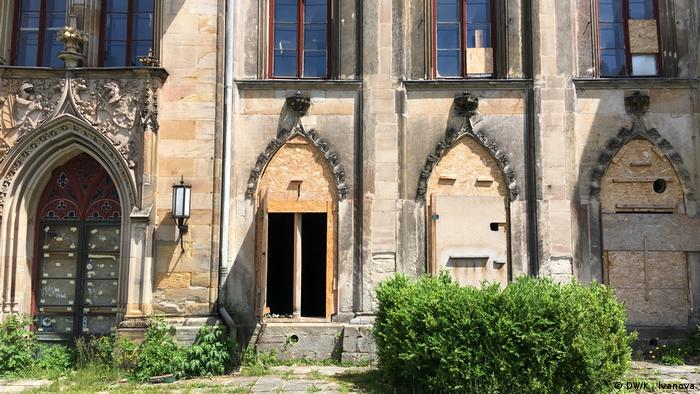 Offered for one symbolic euro

Even though large sums of money were transferred from one account to another, Reinhardsbrunn Castle remained in disrepair. Finally, state government authorities had enough and demanded that BOB Consult GmbH either live up to its responsibility and refurbish the site or let someone else take control. BOB Consult's new head, Konstantin Ostriyagin – Anatoly's son – then offered to sell the castle for one symbolic euro to the state of Thuringia.

But the offer came with a catch: the castle was tied to €9 million mortgage lien, for which the state would have had to foot the bill. Previously, a state court had already found that Chartshenko had unjustly registered the lien, fueling suspicions of fraud and embezzlement. The Ostriyagin family, meanwhile, apparently knew nothing of Konstantin Ostriyagin's scheme. An investigation into the case has now been put on hold on procedural grounds.

"The Thuringian state would have only purchased Reinhardsbrunn Castle for €1 without the encumbrance, which the owner refused," the State Chancellery told DW. The state is apparently off the hook for the purported lien, and now free to decide the castle's fate. Which is good news for the German state, says Thuringian Premier Bodo Ramelow. He is elated to see the unique historical and cultural site finally in good hands.

But much work still lies ahead. Refurbishing the edifice will cost millions of euros. The state has already earmarked €1.9 million for work on the castle in the 2018-19 budget. But experts estimate that a total of €30 to €40 million will be needed to fully restore Reinhardsbrunn Castle to its former glory. The state government plans to sell the site to another investor, and has said it may subsidize its refurbishment.