The UK will order territories to make names of owners of shell companies public by December 31, 2020. It is the latest effort to tackle the corruption and tax avoidance that run rampant in Britain's overseas holdings. 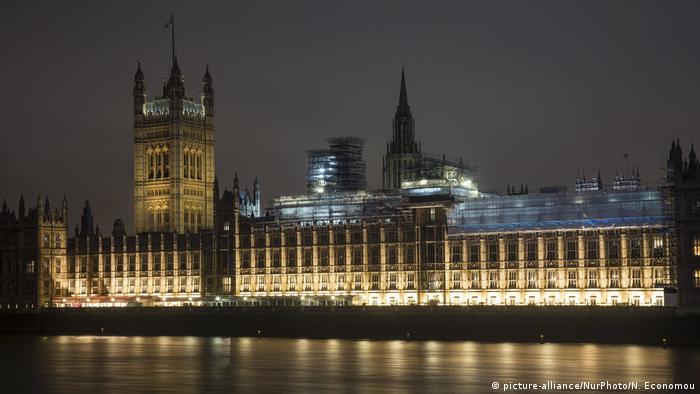 The UK will require territories to reveal the people behind shell companies by the end of 2020, after the government announced that it would support an amendment to establish a central register of company ownership brought by two members of the opposition Labour Party. Campaigners against tax avoidance and money laundering hailed Tuesday's decision as a major victory, with corrupt practices remaining a hot topic globally.

"These jurisdictions have long been the Achilles Heel of our defenses against dirty money," said Duncan Hames, the director of policy at Transparency International.

On Tuesday, Prime Minister Theresa May, who had favored a hands-off approach to disclosure, was forced to acknowledge that her minority government would not be able to block the amendment in the House of Commons, especially with even many of her Conservative Party's own MPs also supporting it. Indeed, several Tories, who rule backed by a North Irish party, flipped to join Labour lawmakers in backing the changes, which Tory Prime Minister David Cameron had pushed during his six-year reign, but resisted by overseas territories, including the Cayman Islands, British Virgin Islands, and Turks and Caicos.

Currently, Britain only requires crown dependencies and overseas territories to reveal the true owners of offshore companies to law enforcement bodies — and then only if asked. Labour MP Margaret Hodge, who introduced the amendment, said it would prevent disrupt criminals' finances. "It will stop them exploiting our secret regime, hiding their toxic wealth and laundering money into the legitimate system, often for nefarious purposes," she said. "With open registers we will then know who owns what and where, and we will be able to see where the money flows."

Naomi Hirst, of the Global Witness NGO, said March's poisoning of a former Russian double agent in England might have pressured the government to tackle shell companies that "invest" in Britain. She said seven times as much Russian money had flowed to British overseas territories as to the mainland in the past decade. "This has really fired up imaginations and pointed out to even the most squeamish of politicians concerned about Russian's role in the world that they need to look at this," she said.

The Isle of Man and the Channel Islands are exempt; Parliament has no right to impose its will on them.

mkg/ (Reuters, AFP, AP)Every evening at 1830 UTC, DW's editors send out a selection of news and features journalism. You can sign up to receive it here.