The House of Windsor turns 100

The British royal family celebrate a century under the banner of the House of Windsor on July 17. Through great historical turbulence and well-documented family intrigues, the Windsors have stuck together.

Britain's House of Windsor was founded on anti-German sentiment.

Windsor Castle may look back on a thousand-year tradition, but the House of Windsor was only created in 1917 when King George V renamed the royal family on July 1. His given name, Saxe-Coburg and Gotha, was simply too German-sounding in times of war.

Millions of British, French and German soldiers were dying on the Western Front as World War I was dragging into its fourth year. In March 1917, London was attacked by German fighter planes, including a heavy bomber named the Gotha G IV. The British were vexed by the fact that their monarch shared the same name. 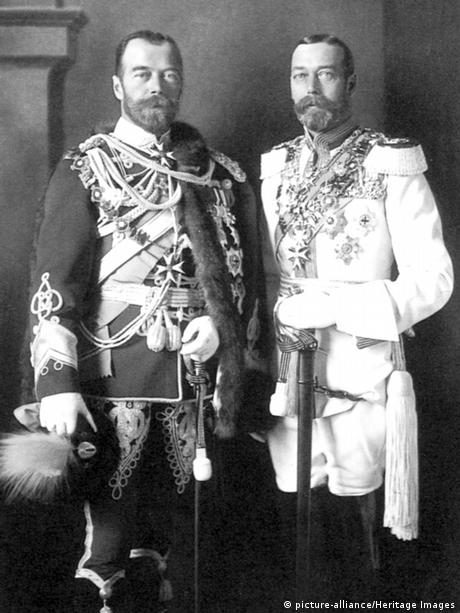 King George V (right) and his cousin, Tsar Nicholas II of Russia, in Berlin in 1913

That same month, the rule of the Russian monarchy came to a sudden end when Czar Nicholas II was forced to abdicate in the wake of the February Revolution. Fearing a revolution in his own realm, his cousin King George V quickly withdrew a previous offer of political asylum. Russia's ruling Romanov family was shipped off to Siberia and murdered.

So King George V decided to burn his German bridges.

With Prime Minister David Lloyd George having reportedly referred to George V as "my little German friend," the king's private secretary Lord Stamfordham is said to have advised his boss to jettison his Teutonic heritage.

Soon enough, George and all his British relatives relinquished their German titles and assumed British surnames.

The British sovereign's German roots, in fact, went back to Queen Victoria, who sat on the throne from 1837 to 1901. She was a direct descendant of Georg I, ruler of the Duchy and Electorate of Hanover, who brought the rule of the Guelphs to England when he became the king of Great Britain in 1714.

When Victoria married Prince Albert of Saxe-Coburg and Gotha, another German house was integrated into the British royal dynasty. The name change may have helped, and George V managed to consolidate his rule as he survived the Great Depression. His silver jubilee was a grand celebration in 1935, both in Britain and the kingdom's overseas territories.

When George's son inherited the throne, however, stability wavered. Edward VIII had more playboy charm than royal aspirations. After less than a year on the throne, the young king abdicated so he could marry the love of his life, the American Wallis Simpson. It was a time of crisis for the Windsors. 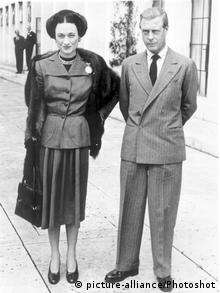 His younger brother was crowned king in his stead and navigated the country through World War II as George VI. He and his wife Queen Elizabeth (later known as "Queen Mum") epitomized the sense of royal duty, perseverance and selflessness.

With their two daughters, the couple also represented the very image of a royal family that stood together - a recipe for success the Windsors have perfected to this very day.

Read more: 'No cause for concern' over Queen Elizabeth and Prince Philip after rumors swirl

Elizabeth II succeeded the throne in 1952. For 65 years, she has stood for royal stability and steadfastness.

But her attempt to nurture family unity was shattered by the breakup of her son Charles and his wife, Diana, Princess of Wales in 1992. 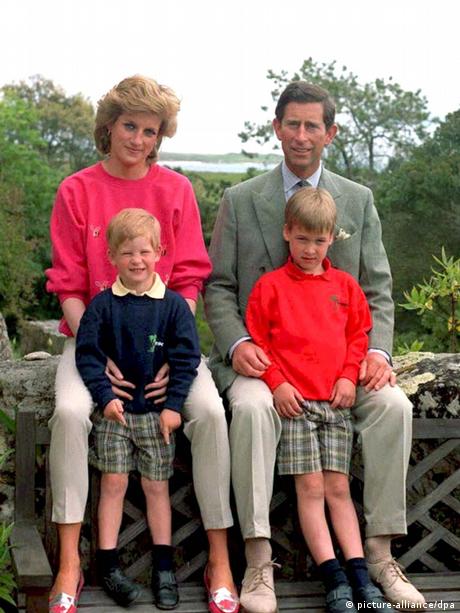 Diana and Charles with their sons in 1989, three years before their marriage ended

The same year, Prince Andrew left his wife Sarah Ferguson and her daughter Princess Anne got divorced. While the public learned the most intimate details about Charles and Diana's broken marriage, worse was to come.

William and Kate, the next generation

When Diana died tragically in a car accident in 1997, the public focus shifted to her two sons, the princes Harry and William - the latter is second in line to succeed the British throne after his father, Prince Charles. 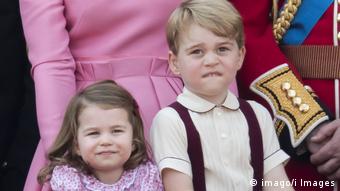 An eligible royal bachelor, William met and fell in love with Kate Middleton at St. Andrews University. The media shadowed their relationship's every move, including a long-awaited royal wedding in 2011. An estimated two billion people across the globe watched the ceremony on TV or via live stream.

Kate, with her affinity for fashion, has brought a breath of modern elegance to the outdated institution of the British monarchy.

Fans of the royals are also thrilled about the next generation: Kate and William's children Prince George and Princess Charlotte.

British Prime Minister Theresa May pledged "the best possible deal" in Brexit negotiations as Queen Elizabeth II laid out her government. US President Donald Trump's potential visit was omitted from the queen's speech. (21.06.2017)

100 years of the Windsors