The Protestant pastor allegedly said gays were "criminals" and that homosexuality "destroys civilization and culture." Prosecutors said his comments were an attack on human dignity. 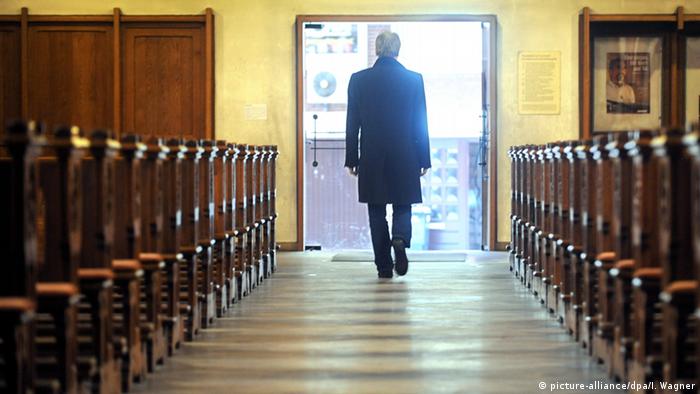 A Protestant pastor in the German city of Bremen has been charged with incitement for comments he made about homosexuality, authorities said.

The pastor allegedly described homosexuals as criminals and homosexuality as "a form of degeneration of society," the dpa news agency reported.

"It makes people insecure, destroys civilization and culture," he allegedly said and also warned about the existence of a so-called "homolobby."

The pastor made the controversial remarks at a seminar in October on the subject of marriage. An audio recording of the seminar was available online for several months on the social media platform YouTube. It has long since been taken down.

Prosecutors considered some of the comments to be examples of criminal incitement, arguing that they disturb public peace and incite hatred towards a group based on sexual orientation. Authorities also said the comments were an attack on human dignity.

In his defense, the pastor denied referring to homosexuals when he spoke of criminals. Instead, he claimed to be talking about "militant aggressors" who have attacked and defamed the church.

Following the incident, the Bremen Evangelical Church distanced itself from the comments and launched disciplinary proceedings against the pastor

The Christopher Street Day (CSD) association for gay rights in Bremen welcome the indictment. Board member Robert Dadanski told the epd news service that the public prosecutor's charges show that the issue is not about hurt feelings, but about breaking the law.

The CSD hopes that the case can make it clear "that it is not okay to hate and discriminate."

Germany's blood reserves are running low. So there is pressure to lift restrictions on donation by homosexual and bisexual men who currently have to abstain from sex for a year before being able to donate. (27.05.2020)

Montenegro is the first European country outside of Western Europe and the EU to legally recognize same-sex couples. President Milo Djukanovic said it was a confirmation that Montenegrin society "is maturing." (01.07.2020)