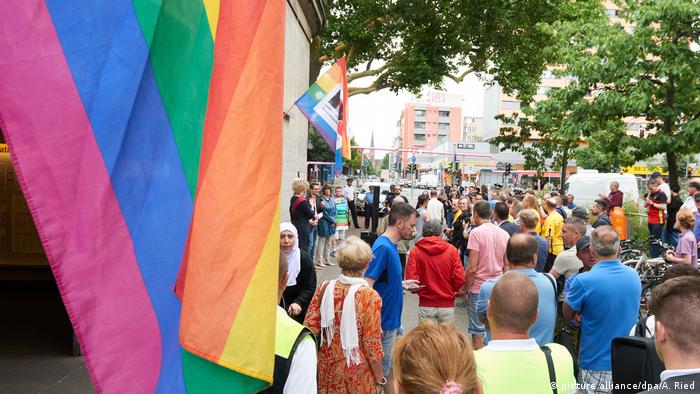 German lawmakers voted to pass a law on Thursday banning so called "conversion therapies" that are aimed at suppressing sexual orientation or gender identity.

"Homosexuality is not an illness," said Health Minister Jens Spahn, who is openly gay. "Therefore the term therapy is already misleading."

Under the new law, advertising or offering conversion therapy will be prohibited for children up to the age of 18. Violators can be fined up to up to €30,000 ($33,000) or sentenced to up to one year in prison.

Parents and guardians who force their children to undergo the programs can also be charged for violating their duty of care.

The practices have long been criticized for causing severe psychological and physical suffering.

Although the new law does not constitute a complete ban of the practice, it carries punishments as well if an adult consented to the therapy after being deceived, coerced or threatened.

German Chancellor Angela Merkel's conservatives and their Social Democrat (SPD) coalition partners voted in favor of the ban, as well as the business-friendly Free Democrats (FDP).

The far-right Alternative for Germany (AfD) largely abstained, except for one vote against the law. The Left Party and the Greens also abstained from the vote, but argued that the law didn't go far enough to protect young adults.

Prior to the vote in the Bundestag, Spahn defended against criticism that the ban does not protect young adults between the ages of 18 and 26, saying he wanted the ban to be able to hold up in court if challenged.

Although Spahn did not specify his reasons for putting an age limit on the ban, it's easier to protect minors under German law, but the legal justification enters more of a gray area for adults when freedom of speech and conscience laws are taken into account.

"Young people are being forced into conversion therapies," he said, "and so it is very important that they should find support in the existence of this law: a clear signal that the state does not want this to happen."

The practice of converting gays and lesbians into heterosexuals has been making waves in the US for several years. Now some fundamentalist groups hope to see it thrive in European countries like Germany and the UK. (07.08.2011)