In the US, thousands of young homosexuals find themselves stuck in practices aimed at "curing" them of being gay. Mathew Shurka survived the experience, but spent years trying to shake thoughts of suicide. 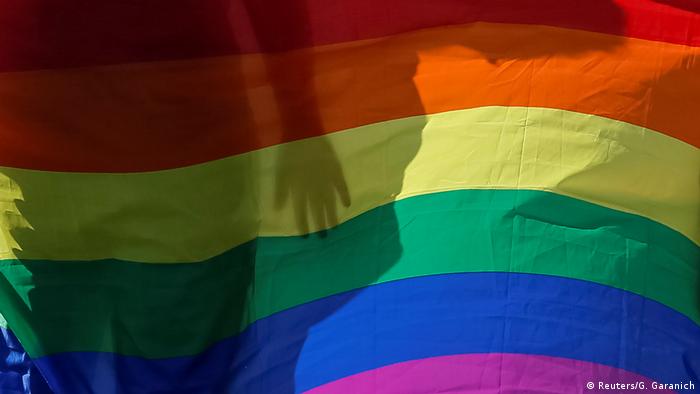 Mathew remembers tears streaming down his face. He'd just told his dad something that no one else knew about him, something he had always been afraid to tell anyone. The then 16-year-old had quarreled with his friends in high school and skipped class because he was afraid they would discover his secret: Mathew was gay. He decided to confide in his father.

"His reaction was wonderful," says Mathew Shurka, who is now 30. "He told me that he loves me no matter what." Mathew was relieved. It was just the reaction he had hoped for. "I felt like if there was anyone who was going to protect me it was my father." His dad told him he would deal with it. But what he didn't realize was that his father was planning to sign him up for a practice known as "conversion therapy."

About 700,000 people in the US have undergone "therapy" for homosexuality, according to estimates by the Williams Institute think tank at UCLA School of Law. One in two was younger than 18.

"Conversion therapy is a treatment intended to change the sexual orientation and gender identity or gender expression of LGBT people," says Christy Mallory, the state and local policy director at the Williams Institute. "It's chosen by people who still don't accept that being LGBT is normal, or who think it's some kind of disorder that needs to be remedied," Mallory says.

Therapists offer gay "conversion treatment," as do spiritual advisors. Currently, an estimated 57,000 people between the ages of 13 and 17 are believed to be undergoing the practice directed by a religious or spiritual advisor, the Williams Institute says. Many US states have laws prohibiting licensed health care providers from practicing it on minors. Religious organizations, however, often circumvent the ban. 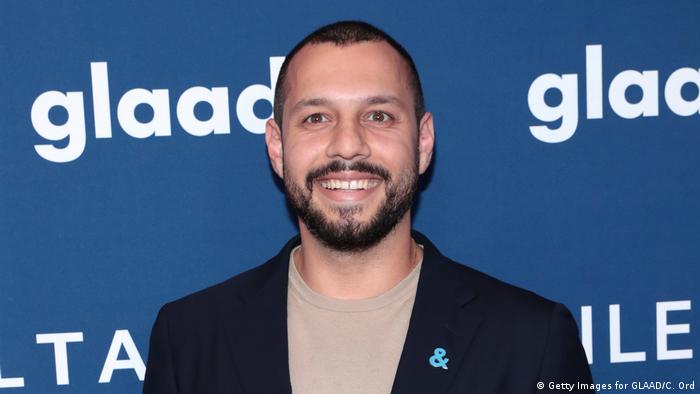 Mathew Shurka was traumatized by conversion therapy as a teen

Parents are frequently to blame for the fact that so many minors end up in the "therapy." Many don't accept their children's sexual orientation and react with prejudice and discrimination, says Shurka. "I still think we are in a big transition between millennials and their elders," he said.

Shurka grew up in a traditional Jewish household outside of New York City. "My father is an Israeli-Iranian Jew; he was born and raised in Israel, his parents were Iranian," he says. But it wasn't his faith that pushed his father to say he would prefer his son live a straight life. Shurka's father is both an immigrant and a businessman; in his world, being a strong man was everything. It mattered to him that his son come across as manly, Shurka remembers, and "he explained to me that life is going to be really hard if I came out fully." Shurka took his father's admonition to heart and agreed to fly to California to see a specialist in the practice.

The therapist argued that "no one is born gay, everyone is innately heterosexual," and that he must have had some "childhood trauma" that made him gay. After that first meeting with the therapist, Shurka's treatment sessions continued over the phone once he was back home in New York.

Shurka's therapist soon seized on what had supposedly turned him gay: "I was told that I had too many female role models." Shurka recalls being told he was too close to his two sisters and his mother and had too many female friends. So "the first treatment steps I had to take was to spend as much time as possible away from women and spend as much time as possible with men."

Shurka wasn't allowed to speak to his mom for weeks, which made him feel bad, but he went along with it because he thought it might help. His mother followed the practitioner's instruction, too, albeit warily, because she was certain "there's no way there's a treatment that separates the mother and the child."

Numerous US health organizations have pointed out the dangers and the ineffectiveness of the practice. Shurka was depressed, gained almost 30 kilos (66 pounds) and had suicidal thoughts. "I was suicidal for two years, but I never attempted," he recalls, something few people, including his therapist, knew.

He kept asking to "meet someone who's actually changed," but his therapist never introduced him to anyone, so Shurka quit five years after his first session, by then a 21-year-old with serious mental problems. He says it took him two years to "recover from the trauma of the therapy."

Now Shurka is an activist in the battle against conversion therapy and a strategist for the National Center for Lesbian Rights (NCLR)'s "Born Perfect" campaign. Pushing through legislation to end conversion therapies is an important part of his job: "We want to end the stigma. We want people to understand that being homosexual is normal."

His father has, meanwhile, apologized. "He's accepting it now, but he wishes I wasn't an activist," Shurka says. But that is his son's passion. "It is weird that we live in the United States where gay marriage is legal and conversion therapy is legal at the same time," says Shurka, adding that "as long as people are still questioning our existence, there will still be stigmas in society."

The fight to decriminalize homosexuality in India

Germany is seen as a progressive and safe country for LGBTQ+ people, but a new social media trend is exposing the daily struggle of many. One user recalls being threatened with the specter of Nazi death camps. (19.08.2018)

DW presents portraits of gay men and women in Russia, where homophobia is widespread. Our subjects tell their stories to DW's Moscow correspondent, Juri Rescheto. (10.10.2017)

Berlin attracts gays, lesbians, bisexuals, transsexuals and intersexuals from around the world. Even refugees come to the capital for this reason. But they don't always feel safe there, says columnist Gero Schliess. (06.08.2017)