Berlin attracts gays, lesbians, bisexuals, transsexuals and intersexuals from around the world. Even refugees come to the capital for this reason. But they don't always feel safe there, says columnist Gero Schliess. 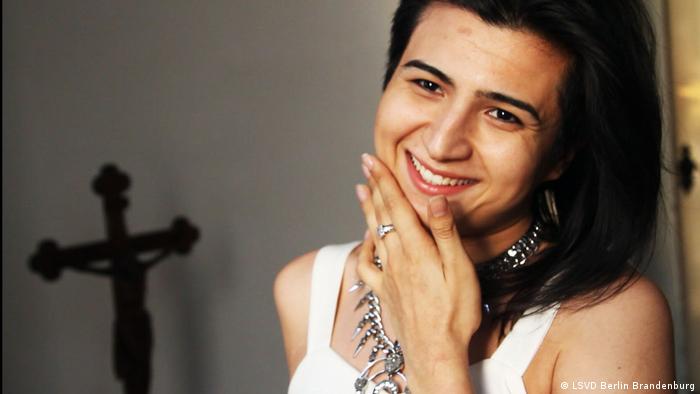 It's Queer Movie Night - an event organized once a month that welcomes about 50 gay men and a few ladies to watch a queer movie at a private residence. A friend of mine is the host this time around, and I have also hosted this unique event in the past, which embraces all shades of sexual orientation that depart from heteronormativity. 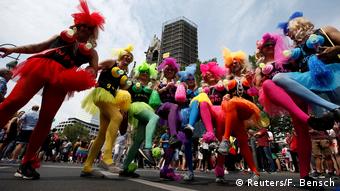 During the course of the evening, I get to know Arif (whose name I've changed), a young man from Syria who tells me that he has only been living in Berlin for a couple of weeks. He says that he originally hails from Aleppo, and that he has managed to make his way to Berlin via Dubai in order to finally be able to lead his life just the way he is - as a gay man.

I try to give him advice and ask him whether he's heard of organizations like the Lesbian and Gay Association (LSVD) or the gay counseling center or GLADT, an organization that supports LGBTI people of color.

Arif shakes his head and lights up cigarette. "I know absolutely nothing," he tells me.

I'm happy to get to know Arif, as we watch the US movie "Moonlight" - an Oscar-winning film that deals with the coming-out of a black teenager. Our chance meeting reminds me of another encounter I had recently, when I met Irina Fedotova during the Christopher Street Day gay pride parade in Berlin.

Fun and frolics in lieu of politics

For many years, Irina Fedotova has been trying to organize a pride parade in Moscow, only to suffer harassment and violence at the hands of the police. She has been bullied and incarcerated because of her commitment to gay and lesbian rights.

Something that Irina told me recently has stuck with me ever since. She commented that while the colorful CSD pride event in Berlin is great fun, it lacks any kind of political message. The idea of a gay pride parade in Moscow is the complete opposite of that, she said, stressing that she's had to risk her wellbeing and even her life to take to the streets in defense of gay rights there. 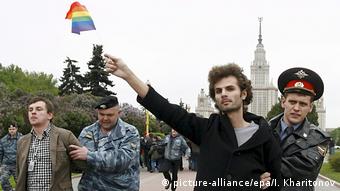 In Russia, fighting for gay rights is a lot riskier

I know what she means. I, too, have celebrated during gay pride in Berlin but have also noticed the same sense of a void where there should have been a political message. Is the CSD pride event just all about fun?

I, for one, reject the notion that there is no political commitment to gay causes in Berlin. Just take a look at all the initiatives in place to help LGBTI refugees. I know someone who is hosting a gay Iraqi refugee. And another friend of mine works as a mentor to another immigrant.

That doesn't mean, however, that life is just hunky-dory for gay refugees here.

Read more: Refugee homes for homosexuals set to open in Nuremberg and Berlin

No escape from abuse

Regardless of the work that organizations like the gay counseling center do to help protect and shelter LGBTI refugees, there are still many instances of violence reported. Emrah Atayev, a gay refugee from Turkmenistan, had his nose broken. When the queer dancer first arrived in Germany, homophobe immigrants attacked him with cigarette burns to his face.

Atayev's story shakes me to the core, as I know that it is not an isolated case. The city of Berlin revealed that in 2016, there were more than 300 violent attacks on LGBTI refugees. I can tell by just talking to people I know that the number of unreported cases must be much higher.

Is this how liberal Berlin goes about welcoming refugees?

Hyprocrisy in the gay community

What makes it worse for me is that there are also dangers from within Berlin's LGBTI community. Some people take advantage of the innocent naivety with which gay and lesbian immigrants approach the local gay scene.

Many of the young refugees are overwhelmed with all there is on offer in Berlin: naked men dancing all night long, sexual excess on every corner and drug-fueled debauchery. It is easy to fall victim to the pitfalls of addiction and abuse in such settings when you're a newcomer. There has even been some mention of sex slaves.

This reeks of hypocrisy to me, as the gay community, which the rest of the time is so quick to feign indignation and outrage, seems to stay mum on the issue.

I, for one, would like to see the criminals involved in such cases within the gay community brought to justice just as much as those involved in homophobic violence.

I'm glad to hear that Atayev didn't also suffer harm at the hands of gay abusers. He seems to have bounced back and is focusing his efforts on learning German and performing Oriental ballet. He recently performed at a benefit event, but such opportunities are more the exception than the rule.

Refugees are having a hard time finding jobs. Recent statistics reveal that there are 28,000 refugees in search of paid work in Berlin alone - twice the number reported the previous year. Queer artists like Atayev are finding it difficult to gain recognition in Berlin's oh-so open-minded creative scene. Many such great talents just waste away - something that pains me to see. 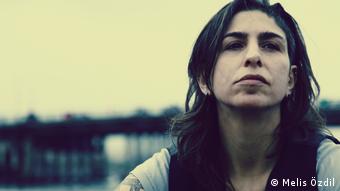 But there are rays hope, like the work of the ensemble-in-exile of the Gorki Theater, or the "#displaced - #replaced" festival put together by the Radialsystem V cultural center, where queer Turkish writers and musicians highlight the plight of Turks who don't feel it is safe to return to their country because of the political situation there.

Lesbian musician and activist DJ Ipek tells me that Berlin, with its diverse communities, is a perfect place for uprooted people to call home.

As one of the curators of the festival, she also observes that there is a high level of "structural racism" in Berlin as well, including in the queer community.

She's right. That same night, DJ Ipek plays at the Kater Blau nightclub - one of the more hip and respectable nightlife choices in Berlin. At the door, the bouncers make sure they select only those they like. As I stand in line, they reject three completely inconspicuous looking youths.

It turns they're Arabs.

It might look like your typical summer carnival, but this one has an important political background. Hundreds of thousands of people are expected this weekend for the Christopher Street Day (CSD) celebrations in Berlin. (26.06.2015)