Refugee homes for homosexuals set to open in Nuremberg and Berlin

An LGBT community group in Nuremberg has announced plans to open what looks to be Germany's first shelter for homosexual asylum seekers. The move follows a number of attacks and discrimination against gay refugees. 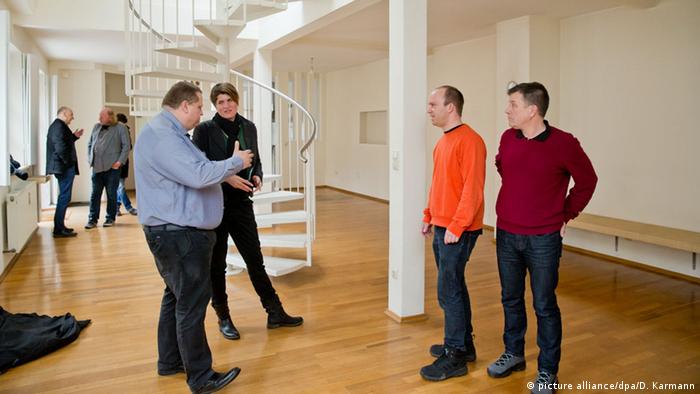 The accommodation in the southern German city of Nuremberg is due to open within a matter of weeks.

LGBT group and operators of the accommodation "Fliederlich" said on Monday that up to 10 gay and lesbian refugees will be housed in an empty two-storey building in Nuremberg's city center.

Authorities of the Bavarian city will cover the costs of the shelter, with the first refugees expected to take up residence in the coming weeks. "Fliederlich" estimates that of the 8,000 refugees currently housed in Nuremberg, up to 600 are gay.

The plans to open the accommodation for homosexual refugees follow reports of discrimination and physical attacks against gay refugees.

According to the Lesbian and Gay Federation in Germany (LSVD), between August and December 2015, there were 95 cases of violence against LGBT people, mainly in asylum seeker accommodation.

"Some Muslims see the presence of homosexual or transsexual people in the lodging as an affront," said Fliederlich's chairman, Ralpf Hoffmann (pictured above, left). "Gay and lesbian people therefore come under constant stress."

The Bavarian state premier and leader of the Christian Social Union, Horst Seehofer, has been unwilling to hold a discussion on the matter so far, instead leaving local communities and volunteers to tackle the problem alone.

"We have heard a lot of stories about discrimination and crimes against LGBT people in the last two years," said "Schwulenberatung" manager Stephan Jakel. "They were frightened and scared after being beaten or spat on, and one survived a murder attempt. We heard a lot of horrible stories."

Local authorities across Germany have been struggling in recent months to accommodate Europe's biggest refugee influx since the Second World War. More than one million people crossed Germany's borders last year, many of whom had fled war and poverty in Syria, Iraq and Afghanistan.

Every day, hundreds of refugees arrive in Berlin by train. Many have risked their lives to get here. Their first impression of the German capital is far from glamorous, reports Kate Katharina Ferguson. (25.01.2016)

Refugees forced to wear wristbands for meals in Cardiff

Several refugees housed at the Lynx House have reported being subjected to harassment for wearing the wristbands. The firm handling the shelter said it would stop the practice, according to an opposition lawmaker. (25.01.2016)