There is no homophobia in the animal kingdom | Environment | All topics from climate change to conservation | DW | 02.08.2017

There is no homophobia in the animal kingdom

Think being gay is unnatural? Then look no further than the animal kingdom, where homosexuality is very common. Studies suggest that around 1,500 animal species practice same-sex coupling, from fish to birds and mammals.

It's no secret that some humans are homosexual, but did you know that the behavior is also very common in the animal kingdom? In fact, studies suggest that around 1,500 animal species are known to practice regular same-sex coupling - from insects and fish to birds and mammals - with the actual number likely being even higher.

"Being homosexual is very common and no problem in the natural world at all. In fact, we see more heterophobia than homophobia in the animal kingdom," Jasper Buikx, biologist at Amsterdam's ARTIS Zoo, told DW in an interview.

There are many reasons why these animals engage in homosexual activity. Sometimes, it's due to a lack of heterosexual partners, other times it's just for pleasure and in still other cases it's about forming social bonds or settling fights.

Most of these animals aren't purely homosexual - they  also mate with the opposite gender, at least for procreation purposes. But there are a few examples of long-term exclusively gay relationships in the animal kingdom, with some of them even ending up forming a family. 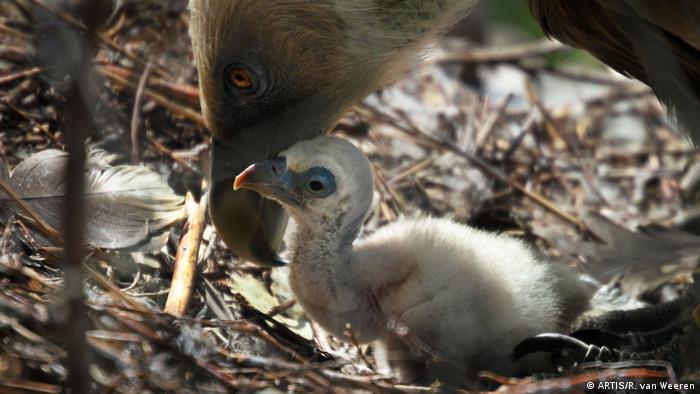 The latest example occurred at the ARTIS Zoo in Amsterdam, where two male griffon vultures recently successfully hatched an egg together and are now raising the baby chick.

Griffon vultures are monogamous animals and the Amsterdam lovebirds have been a couple for years. According to their zookeeper Job van Tol, they're quite picky animals and once they've chosen a partner they tend to stick with it.

For several breeding seasons, the two male vultures have been seen mating, building nests and trying to start a family, says van Tol. But of course, they weren't able to for biological reasons.

That is, until zoo staff discovered an abandoned egg, which they tested to see if it was fertile. When they discovered it was, they gave it to the gay vulture couple, which immediately started caring for it, taking turns sitting on the egg to keep it warm until it hatched.

"We just wanted to give them the opportunity to breed the egg and raise the chick," van Tol told DW in an interview. 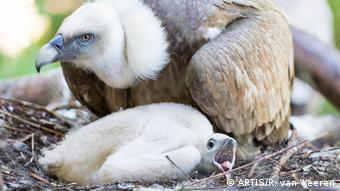 "We were very nervous if it would work, as this is the first time we tried anything like this. But they couldn't have done a better job. The chick is already as big as its foster dads."

The chick is currently two months old and is doing very well. As soon as it was born, the gay foster parents kept fulfilling their parental duties: foraging for food, feeding the chick and defending the nest. All tasks were split evenly – as is the case with all vulture parents.

"That's why it doesn't matter if you have a homosexual or a heterosexual couple raising a chick. A gay couple can do the job just as well," van Tol said.

In about a month's time, the chick will learn how to fly from the nest and will then become independent and leave its gay foster parents.

"We're just so happy this worked out. Seeing a baby chick being successfully raised by two male vultures has been one of the most special moments of my career."

The Dutch duo is not an isolated example. At New York's Central Park Zoo, two male chinstrap penguins, which were a couple for about six years, also nurtured a fertilized egg together and raised the young chick that hatched.

Birds, such as vultures, geese and ducks, are known for pairing with one partner for life, so those who choose a same-sex partner will stick with it. And that happens more often than you might think. When you see a colony of black-headed gulls for instance, you can be sure that almost every tenth pair is a lesbian couple.

The Laysan albatross, which nests in Hawaii, is also known for its large number of homosexual partnerships. Around 30 percent of the pairings on the island of Oahu, for instance, are made up of two females.

And around 20 percent of swan couples are homosexual as well. 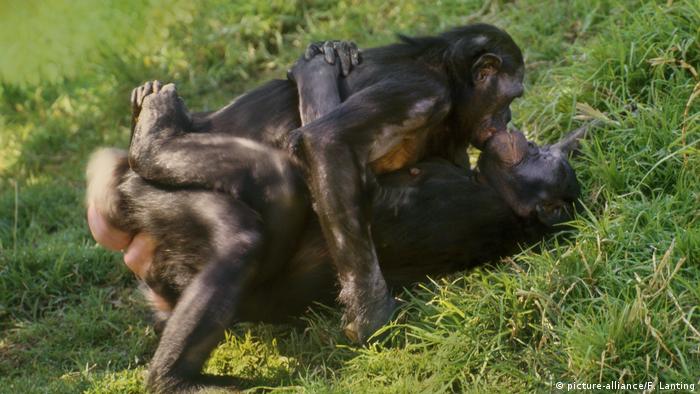 Bonobos are known for seeking sexual pleasure; they copulate extremely frequently, including with the same sex

Other animals engage in homosexual activity too – but not as exclusively and long-term as some birds do.

And they use sex to cement social bonds and settle disputes. Male bonobos that have had a fight often perform "penis fencing" - genital-to genital touching - to reduce tension.

It's a similar story with male lions, which often band together with their brothers to lead the pride. To ensure loyalty, they strengthen their bonds by having sex with each other. 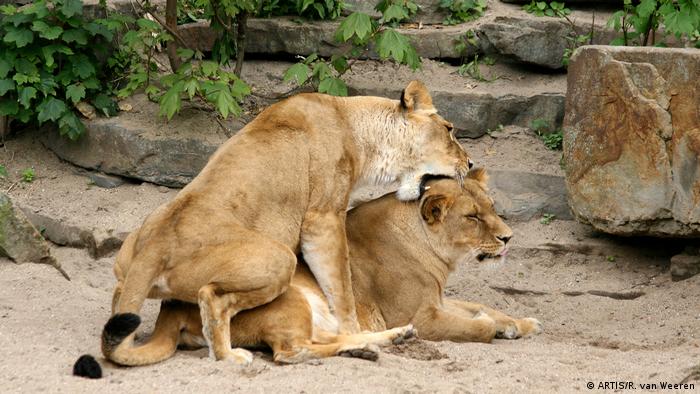 How do we define if an animal is actually gay?

So how do we know if an animal is actually gay? It's very difficult for researchers to determine whether an animal is purely homosexual because unlike with humans, you can't really ask animals what they feel, you can only interpret their behavior.

"What you can see from our gay vulture couple in Amsterdam is that they keep coming back to each other. They really have a strong bond," van Tol said.

"Of course I cannot ask them why that is and if they consider themselves to be exclusively homosexual. But it's their choice to come back to each other and that really says something."

One researcher in the US gave male domesticated sheep the choice between a female and a male partner and found that between six and 12 percent of the rams always picked another ram to mate with.

Further researchfound that the rams that preferred mating with other males had slightly different brains. The hypothalamus, the part of their brain responsible for releasing sex hormones, was in fact smaller in the homosexual rams, which supports the theory that purely homosexual animals do exist. 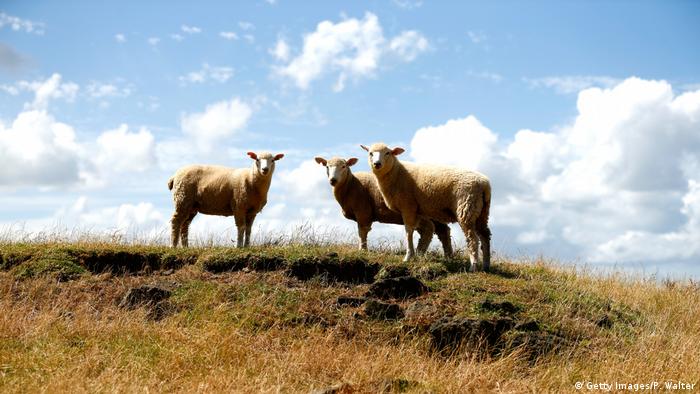 Studies suggest that up to 8 percent of males in flocks of sheep prefer other males, even when fertile females are around

Homosexuality still a taboo in the scientific world

Interpreting homosexual behavior in animals remains tricky territory for researchers. The topic needs more research, according to Buikx, as there is not enough data to draw concrete conclusions from. However, homosexuality is still a taboo in the scientific world.

"There have been very few scientists that have been focusing on the subject because it's been regarded as something that isn't very positive for your scientific career. We need to spread the message that homosexuality shouldn't be a taboo."

That's one of the reasons why Buikx has been organizing special tours through the ARTIS Zoo for Amsterdam's Gay Pride event for the past 5 years, where he introduces visitors to all the homosexual animals living there.

"We use that as a scientific way to show people that homosexuality is very common in the animal kingdom and is not a threat to evolution. There is room for homosexuals, bisexuals, heterosexuals – everything is natural. What's very unnatural are homophobia and all those kinds of taboos that are still present in a lot of societies on our planet."

A new study has revealed the extent to which male apes use sexual intimidation to control their mates. This could extend to our most familiar primate - humans. (06.07.2017)

Why hunt for food if you can steal it?

Animals stealing food from other animals isn't unusual. But some also gang up on humans. (23.02.2015)