The practice of converting gays and lesbians into heterosexuals has been making waves in the US for several years. Now some fundamentalist groups hope to see it thrive in European countries like Germany and the UK. 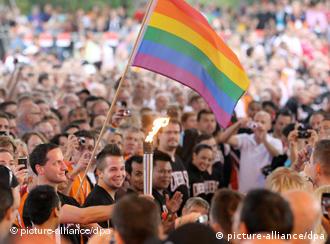 Gay pride events may be popular, but not all groups accept homosexuality

Gay pride parades have taken place all across the globe this summer, celebrating sexual diversity and promoting acceptance of the Lesbian, Gay, Bisexual and Transgender (or LGBT) community. While such events are popular in European countries such as Germany, where cities like Cologne boast a large gay scene, homosexuality is still not accepted across the board here.

In fact, an increasing number of fundamentalist groups are trying to convert gays and lesbians into heterosexuals.

Conversion therapy, as it is called, has been causing controversy for years in the United States, where a so-called "ex-gay movement" continues to thrive. Now there is increasing concern among LGBT rights organizations that these groups are strengthening their foothold in Europe.

In the Bavarian city of Munich, for example, the Union of Catholic Physicians in Germany recently angered gay and lesbian rights groups by announcing it had found a cure for homosexuality.

Praying away the gay

"I don't want to discriminate against anyone, but I can't just say that it's politically correct to keep my mouth shut and say that everything is normal," said Gero Winkelmann, the organization's director. "These people have a sick tendency."

The treatment options for gays that Winkelmann, a general practitioner with no credentials in psychotherapy, published on his association's website include homeopathy, psychotherapy and prayer. 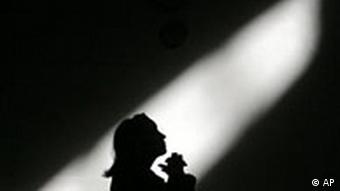 Dr. Winkelmann's 'cure' for homosexuality includes 'praying away the gay'

Germany's LSVD gay and lesbian association has condemned Winkelmann for claiming that homosexuals have a disease that needs curing. According to the association's executive director, Klaus Jetz, such conversion therapists are a growing problem in Germany. He said behind them are generally Christian or right-wing organizations that have started a "crusade" against homosexuality.

"They are copying what has been going on in the US for a long time, and now they're coming to Germany," he told Deutsche Welle, adding that they are particularly active at German universities, where they come into contact with young people.

"These students are told, 'if you have the problem of being gay, come to us and you can be cured,'" he said.

So far, his group has identified a handful of organizations which are actively trying to turn gays into straight people. But the practice is not limited to Germany. According to a study by University College London in 2009, 17 percent of UK therapists have tried to help change a patient's sexual orientation.

These therapists, as well as Winkelmann in Bavaria, have rejected the World Health Organization's decision in 1991 to remove homosexuality from its catalog of diseases. That removal means that attempts to treat homosexuality are unethical, according to Ute Michaelis, a psychotherapist specializing in sexual identity at the University of Cologne.

She calls conversion therapy in general "absurd," akin to telling someone with brown hair that it is somehow "wrong," and that they really should be blond.

"If you're insecure about your sexual identity, then we could turn that into a diagnosis, but not your actual sexuality," Michaelis said. 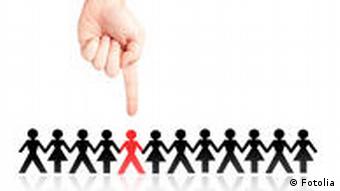 Conversion therapy singles out gays and may cause harm, warns Dr. Michaelis

While conversion therapy is panned by the vast majority of mainstream medical associations, including the German Association for Behavioral Therapy, there are nonetheless gays and lesbians who undergo it, including 41-year-old Bernd Hartwig. The Cologne native, who grew up in a conservative, Christian home, realized at puberty that he wasn't interested in girls.

"Since that time I tried to get professional help through workshops, therapy and spiritual counseling," he told Deutsche Welle.

He spent over a decade trying to change his sexual orientation, unsuccessfully.

"Right after I would leave a seminar, I thought that I was a step closer to getting these homosexual feelings under control," he recalled. "But then the feelings would return, usually very quickly and stronger than before. When you suppress something and put a lid on it, then eventually the whole thing just explodes."

Danger in trying to change

Many conversion therapists, including Winkelmann, insist that they are motivated by compassion for gays who struggle with their sexual orientation, suffer from depression or even contemplate suicide. But Michaelis emphasizes the psychological damage that can result from conversion therapy, especially if the person under treatment is in a fragile mental state.

"A young man might feel that there are certain things about himself that make him a bad person, perhaps even homosexuality," Michaelis said. "If a doctor says that he can fix a person's homosexuality, then he is sending the message that being gay truly is wrong."

The crippling effect that conversion therapy can have is something that Bernd Hartwig, who today lives as an openly gay man with his boyfriend of 11 years, knows first hand. As his therapy progressed, his feelings of despair grew. At 28, he had a nervous breakdown.

"It was clear to me then that if I continued this way, I would cross a line and just go crazy," he said. "Today I'm so happy that I found the right path."

Ten years ago on Monday, same-sex unions were enshrined into Germany law. To mark this anniversary, Deutsche Welle spoke with the Duysens, who rushed off to the marriage registry as soon as the law was passed. (01.08.2011)

Berlin on Saturday celebrated Christopher Street Day with hundreds of thousands showing up to advocate gay rights. The parade came a day after New York became the sixth US state to legalize same-sex marriage. (25.06.2011)

Rome erupted in spectacle Saturday as thousands marched for gay rights - and against the conservative Italian regime. In two other Catholic countries, Poland and Croatia, pride marchers faced violent threats. (12.06.2011)