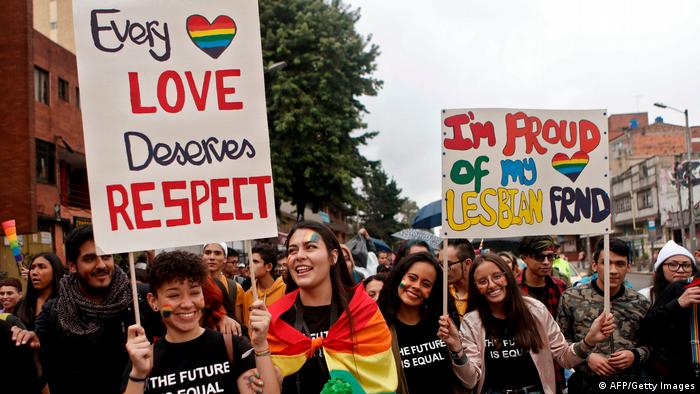 German Health Minister Jens Spahn sent a clear, important signal on Monday when he declared that "homosexuality is not a disease and therefore does not need therapy to be treated." He fleshed out his plans to ban so-called gay conversion therapy in Germany. The practice purports to transform homosexuals into heterosexuals. According to Spahn, anyone still found offering such "conversion therapies" will face up to one year in jail or a steep fine.

Few Germans are aware of the practice

Spahn's step is both important and, unfortunately, still rather timely. That's because many Germans are probably not even aware that each year, thousands of teenagers and adults are subjected to "conversion therapy" for the purpose of changing their sexual identity. This is inhumane, and there is no evidence that such treatment can permanently alter a person's sexual orientation. What is known, however, is that such therapies can cause depression, anxiety disorders and significantly increase the chances of a person committing suicide.

Not only that, in some European Union member states, such as Poland, gay and lesbian people are increasingly facing discrimination. Similarly, in the Balkans, every day members of the LGBT+ community live in fear of violence and discrimination. And in Russia, homosexuality is criminalized as a form of "non-traditional sexual relationship" — gays and lesbians who refuse to hide their sexual identity risk steep fines and persecution. In the autonomous Chechen Republic, this even includes arrest and torture.

In about a third of the world's countries, homosexual acts are treated as a crime. Of all the Arab states in the word, Jordan is the only one where homosexuality is legal. And according to groups like the International Lesbian, Gay, Bisexual, Trans and Intersex Association, homosexuality is punishable by death in many parts of the world including Afghanistan, Iran, Yemen, Pakistan, Saudi Arabia and Sudan.

Jens Spahn's move shows that the German government takes a clear stand on this issue, which deserves respect. Not least because there are figures within Spahn's very own party, the conservative Christian Democrats, who still oppose same-sex marriage.

Italy: Venice to charge day-tourists to visit city 5h ago

Opinion: Hong Kong-China: Beijing must be held accountable for its actions 22h ago