Russian officials allegedly allowed a gay couple to adopt children. Now Russia's Investigative Committee has opened a criminal negligence case. And thanks to a "gay propaganda" law, the family could also face charges. 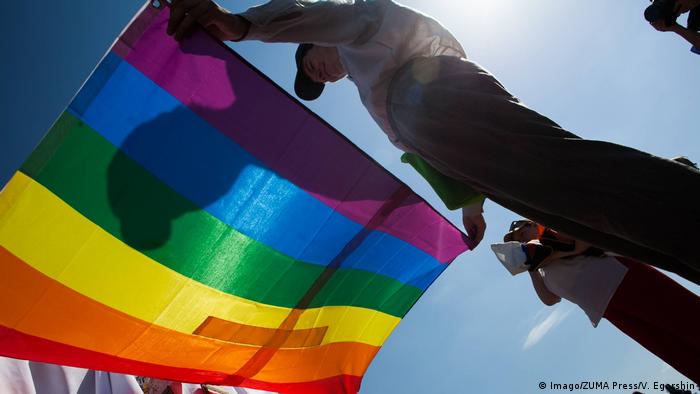 It all started when a 12-year-old boy was brought to a Moscow hospital with a stomachache last month. The doctors suspected appendicitis. But the checkup quickly took a different turn. When the boy mentioned that he is adopted and lives with two dads, the doctor called the police.

On Wednesday, Russia's Invesigative Committee, the country's main federal investigative body, officially launched a criminal case against the officials who allowed one of the fathers to adopt children. It is the first case of its kind, Interfax news agency reported.

According to Russian officials, two adopted boys have been living with the man since 2010, and the man is "cohabiting with another man." A statement on the Investigative Committee website accused the man of "promoting non-traditional relationships, giving the children distorted perceptions about family values and harming their health and their moral and spiritual development." Investigators accuse the social workers behind the adoption of negligence and say they were aware that the father is in a gay relationship.

There is currently no case against the adoptive parents, Maksim Olenichev, a lawyer for the LGBT rights group Vykhod ("coming out"), told DW. At least, not yet. But Olenichev thinks it's only a matter of time. Along with Stimul, a group providing legal aid to the LGBTQI community, Vykhod has already been advising the men, who are currently on a family holiday outside of Russia and aren't speaking to the press. 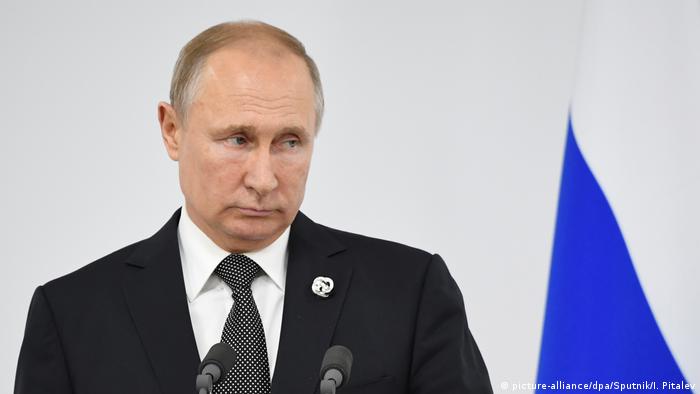 Potential for a second landmark case

Neither gay marriage nor civil unions between same-sex couples are legal in Russia, meaning there is no law explicitly banning same-sex Russian couples from adopting children. Since 2013, the Russian family code has stipulated that people from countries where gay marriage is legal cannot adopt Russian children, and that Russians who adopt children cannot be in a single-sex union registered abroad.

But Olenichev anticipates that another law could be applied to the gay couple if a case is brought against them. Russia also passed the so-called gay propaganda law in 2013. It bans any public promotion of "non-traditional sexual relations" to minors.

The law has been condemned internationally as discriminatory. It is seen as so broad that Olenichev says it can be applied as an "arbitrary weapon," with individuals such as judges enforcing it in whichever way they choose.

"So far, the law has been enforced so that LGBT people don't carry out public events," Olenichev said, pointing to gay pride parades as an example. He says the very concept of propaganda implies something that shapes public opinion rather than domestic situations. If the law is used to open a case against the father of the adopted sons, it "could become the first time that this law is applied to someone's private life," he added. 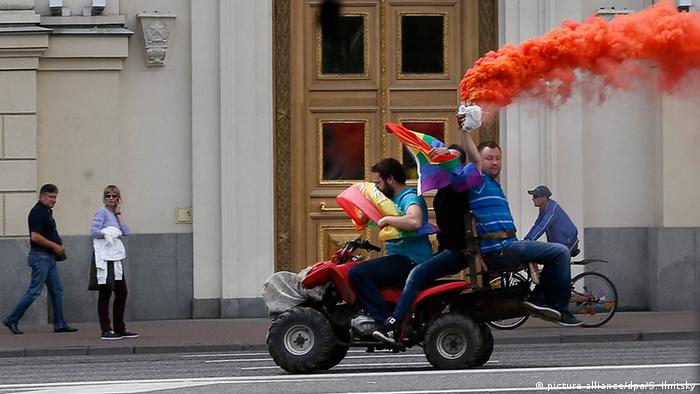 Russia's LGBT community members and activists face an environment that is generally unreceptive at best and hostile at worst. Just under half of all Russians — some 47% — believe lesbians and gays should have equal rights, the independent Levada Center pollster  found in May. This is the highest rate since 2005.

But the Levada Center has also found that more than half of Russians feel negative about representatives of the LGBT community. Nearly half of all Russians say that if their neighbors were a homosexual couple, they would feel irritated, afraid or distrustful of them.

People in the country often equate being homosexual with being a pedophile or having mental issues, even though homosexuality has been established as a normal sexual orientation in major international pyschological and health classifications. But prejudice persists: An article in the populist newspaper Komsomolskaya Pravda about the gay couple and their adopted sons seemingly implied that the boy's stomachache that brought him to the doctor could have been caused by some sort of violence at home.

Family politics in Russia are conservative, with an increasing importance given to "traditional family values" — such as hetereosexual relationships and procreation — in part to counteract demographic trends including an aging population. This week, Valentina Matvienko, the speaker of Russia's upper house of parliament, said that single-sex couples adopting children would "simply lead to the extinction of humanity" and would erode fundamental social ideas.

However, in the recent high-profile case of the adoptive fathers, Irina Kirkova, the executive secretary of the Presidential Council for Civil Society and Human Rights, surprisingly expressed her support for the gay couple.

On Wednesday she pointed out that in Russia, children are regularly brought up by three women, for example a mother, a grandmother and an aunt, and that there shouldn't be a problem with two men doing the same. "What happens behind closed doors at their home is their business," Interfax quoted her as having said. "In the same way, mum and dad don't tell their kids details about what happens between them behind closed doors."

Olenichev described Russian society as a whole as very conservative, but he emphasized that the outcome of a potential case against the gay fathers ultimately would "depend on the individuals making the decisions." It's hard to predict what will happen to them, he added, though he doesn't seem optimistic that the family will escape a case against them.

Investigators are currently checking the children's family circumstances, Olenichev said. He confirmed to DW that the adopted boys are 12 and 14 years old. One of the men in the family works at the Higher School of Economics, a state university in Russia, and the family is quite "well off," he said. Along with the men, a grandmother and a nanny have been taking care of the boys.

Olenichev took care to emphasize that the children feel "comfortable and safe in the family" and that a psychologist has found the relationship between the parents and children to be close and affectionate. He even pointed out that there were no "indications of violence in the family."

His emphasis on the psychological well-being of the adopted children reflects public opinion in Russia, a challenge for the LGBT community — and a potential challenge for the family should a case be opened against them.