German man fighting for Kurds killed in Syria | Germany | News and in-depth reporting from Berlin and beyond | DW | 05.11.2019

Konstantin G. fought the "Islamic State" side-by-side with the Kurdish YPG, who were the local allies of US forces on the ground. He was killed in October, reportedly by a Turkish air attack. DW spoke with his parents. 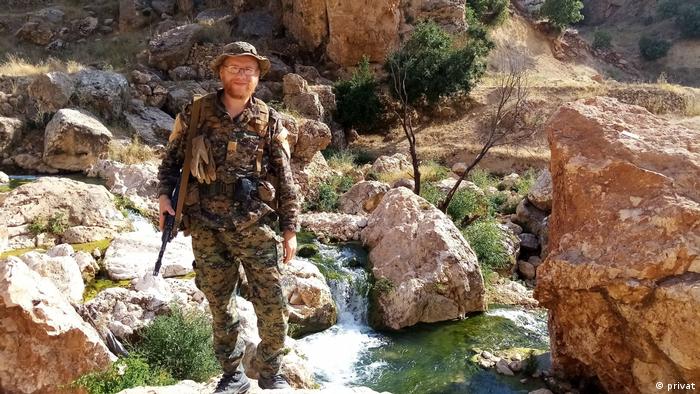 Konstantin G.'s last message to his parents was short: "I've got to go."

Three days later, he was dead. He was killed, say his parents and comrades, in a Turkish air strike on Ras-al-Ain in northeastern Syria.

He was a member of the YPG, the left-leaning Kurdish Peoples' Defense Unit, until recently America's main partner in the ground offensive against the self-proclaimed "Islamic State."

The YPG is the main component of the Syrian Democratic Forces (SDF), a Kurdish, Arab and Christian umbrella group that led the US-backed fight against IS. Thousands of SDF fighters died in the battle. Following President Donald Trump's unexpected withdrawal of American troops from northeastern Syria in mid-October, the US effectively abandoned its former allies.

The move opened the door for Turkish President Recep Tayyip Erdogan to launch an offensive against Syrian Kurds. Turkey moved swiftly, advancing into Kurdish-controlled areas in Syria within hours after American soldiers had withdrawn.

Turkey considers the YPG a terrorist organization linked to the outlawed Kurdistan Workers' Party (PKK), which has been battling the Turkish state for decades in a bid for more autonomy and rights for the Kurdish minority in Turkey. 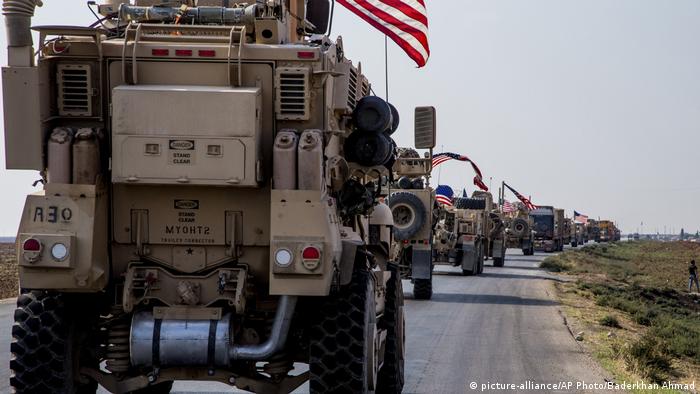 From rumors to sad news

Amidst the fighting, it took days for the news of their son's death to reach Konstantin G.'s parents, who asked that DW only use their son's initial to protect their family's identity: At first, they told DW, visibly dazed and shell-shocked by the news, they had heard rumors that a foreign fighter had died.

They frantically trawled the Internet, reaching out to anyone who might be able to confirm the news they feared. Finally, they were told that their son had died in a Turkish air raid.

While DW is unable to independently verify how and when Konstantin G. was killed, another German national fighting with the Kurdish forces confirmed that he died in a Turkish air raid in Ras-al-Ain. He also shared a photo of Konstantin G.'s passport with DW.

Konstantin G. had trained to be a farmer and left for Syria in 2016, according to his parents. He was one of hundreds of foreigners who joined the Kurdish forces who were battling IS in Syria and Iraq and had set up a de facto autonomous, secular region in northeastern Syria, named Rojava.

Their military success against "Islamic State" and their left-leaning ideology drew volunteers from across the world.

Read more: German national joins the Kurdish cause against 'IS' 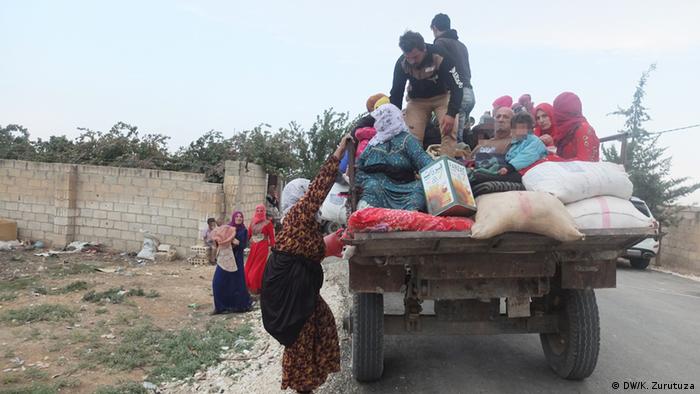 But it is unclear if they all joined YPG. A spokesman for Rojava told DW that hundreds of foreign volunteers moved to northeastern Syria, including Germans, but "mostly in civilian capacities."

At first, the German authorities did little as its nationals joined the Kurdish cause, but more recently they have cracked down on fighters, issuing travel bans and launching investigations for suspected membership in a terrorist organisation.

Konstantin G., too, had been questioned by German officials, who his parents say received a tip-off by the British authorities.

Joined Kurds out of conviction

Konstantin G., who went by his nom de guerre "Andok Cotkar," had joined the Kurds in the autumn of 2016, after they had made headlines while wresting control of the city of Kobani from IS.

"He knew he was putting himself in danger," his parents told DW. At first, he did not tell his family where he was going.

He was in his early 20s; a reserved man, according to his parents, who was searching for his place in life and driven by a "sense of justice" as he learnt about the atrocities committed by the IS.

And, they say, he was happy in Rojava — and knowing that comforts them. Konstantin G.'s parents shared pictures with DW that show their son posing with other men in uniform. In one photo, they smile and pull faces for the camera, in another they clutch their weapons, their faces serious. 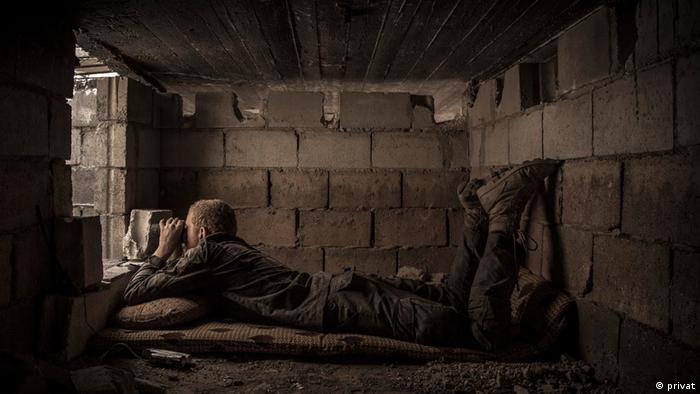 Konstantin G. who fought as "Andok Cotkar" for the YPG, was driven by a strong "sense of justice," say his parents

Their son's reasons for leaving are understandable for his parents, who describe his goals as "good and right." Yet they say while they respect his choices, "the path he chose would not have been ours."

His commander told DW that Konstantin G. had voluntarily decided to join the fight against the Turkish offensive. Konstantin G. was just 24 years old when he was killed.

Shortly after, Turkey and Russia struck a deal that halted the offensive, requiring Kurdish fighters to pull back 30 kilometers (19 miles) from the Turkish border.

Konstantin G.'s parents, together with the Kurdish community in his hometown, want to hold a memorial ceremony for him. Not being able to give him a proper burial weighs upon them as "extremely painful." They wish to be able to bury him in Rojava, where they believe he was happy. "We want to be able to say: 'His heart rests in Rojava.'"