German national joins the Kurdish cause against ′IS′ | World | Breaking news and perspectives from around the globe | DW | 12.05.2018

German national joins the Kurdish cause against 'IS'

The Kurdish militia YPG is America’s main partner in the fight against IS. Foreign fighters have joined its ranks, including German nationals. DW spoke to one of them, who has just received his marching orders. 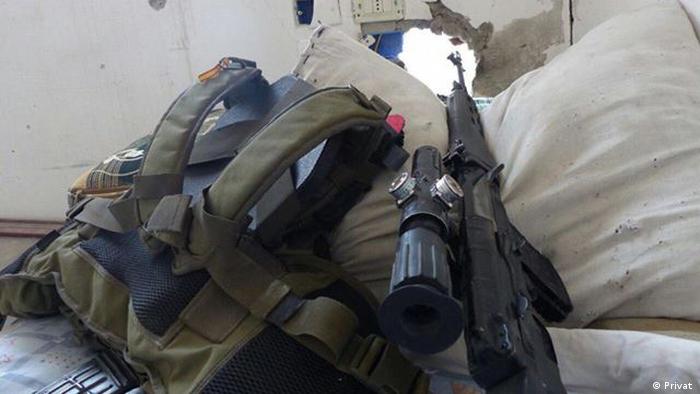 A war zone isn't like the movies, where the backup team swoops in with a helicopter to evacuate the wounded soldier, whisking him away to safety. In real life, "you're pretty much all on your own," one veteran of the Syrian war told DW. When he got hit by the shrapnel of an exploding grenade earlier this year, it took almost 15 hours before his unit could evacuate him from the frontline in Afrin in western Syria.

He's lucky to be alive at all: Martin, as he asked DW to call him, is a 21-year-old German national who joined an international division of the Kurdish militia YPG. He says he's met Americans, Spaniards, Austrians, Brits and even a Chinese man who joined the ranks of the Kurdish group. 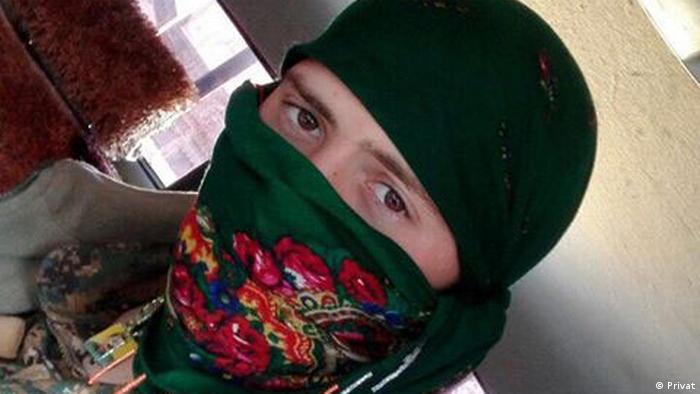 At least four of them have died in the nine months since he joined the war in Syria last year.

The Kurdish Peoples' Defense Units are America's main partner in the fight against the "Islamic State" (IS) in Syria. They form the backbone of the alliance of Kurdish and Arab militias, known as the Syrian Democratic Forces (SDF), who are battling IS).

But the YPG have also been fighting Turkish forces, after President Recep Tayyip Erdogan launched an offensive in January to retake the enclave of Afrin from the YPG, which he views as a "terrorist" extension of the outlawed Kurdistan Workers' Party (PKK).

Veteran of battle against IS and Turkey

Martin is a veteran of both of the YPG's most recent battles: He spent a month fighting in Raqqa, IS's de facto capital, which the SDF managed to take full control of last year. Then his unit was moved to Afrin, after the SDF redeployed its fighters to fight the Turkish-led onslaught against Afrin.

Before joining the YPG, Martin admits he didn't know all that much about the complicated situation on the ground; the myriad of ever shifting alliances and frontlines that make up the Syrian war. "I knew YPG was fighting against IS, but that's about it."

Martin struggles to articulate why he, a 21-year-old with no apparent connections whatsoever to the region, who, he says, isn't even particularly political, moved to a war zone, lying to his parents and friends. He told them he was going to join a humanitarian organization.

"I was an idiot lying to my parents like that. But I couldn't really say: 'I'm off to Syria to fight, see ya!'"

He said he was probably motivated by the videos of IS atrocities which started popping up on his Facebook newsfeed back in 2014, followed by stories of war and despair that refugees fleeing the fighting brought to Germany. He told DW he'd been mulling it over for a while, until he finally, almost on a whim, got on a plane to Northern Iraq last year.

He hadn't planned to join the armed fight. "It just somehow happened", he explained, after he met another international volunteer and tagged along to the training camp for foreign fighters in Northern Iraq.

DW is unable to independently verify Martin's story, but it tallies with recent events and with other foreign fighters' accounts of their time with the Kurdish militia.

Martin also provided DW with pictures from the frontline: His rifle propped up against a pillow in front of a hole in the wall — "my sniper position in Raqqa" —, smoke billowing above burnt-out houses, and the field where he was injured, which, he explained, was "our line of defense against IS." 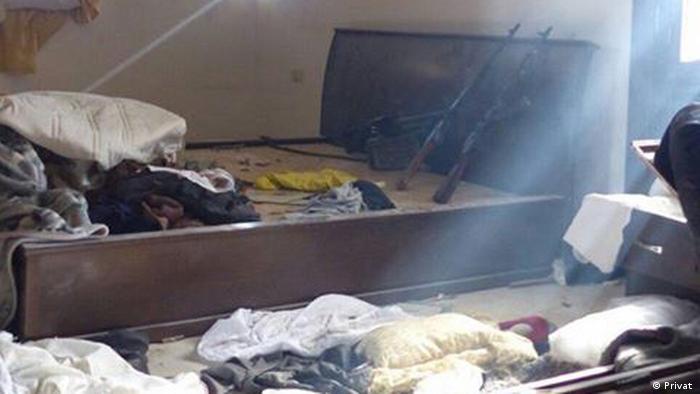 DW's been chatting with him for the last few weeks, mostly on WhatsApp. Martin's messages are peppered with laughing emojis and upbeat stories, which make his time in Syria and the war zone sound more like a summer camp than a brutal conflict: About how he launched a grenade, but missed the enemy tank, because "I'm just not a great shot," followed by three laughing emojis. About how he crashed a car into a wall he hadn't seen, and about how he misses German sweets and McDonalds.

Sometimes, he admitted, "it feels like a big adventure."

He loves the easy camaraderie, he said, the rugged, beautiful landscape and also the locals, whose culture he has come to appreciate and love and who cheer when, on a day off, the volunteers drive a dilapidated motorbike to the nearest town to stock up on cans of Pepsi and biscuits and chat to their friends in the nearest internet cafe.

It's also far away from life-goals his parents tried to instill in him: "Work, pay taxes and build a house," he told DW in a recent phone call. "I didn't want to be part of that whole system."

But sometimes, the armor of his bravado cracks: He described the all-encompassing, cold fear that takes hold in the war zone: That the next explosion, the next sniper, might come for him. He talks about other international volunteers whose funerals he attended, of the grenade that exploded next to him and peppered his body with shrapnel.

One day, Martin sent a grainy picture of a contorted body sprawled among the rubble, covered in dust — the man, he says, using the Arabic expression for IS, was a member of Daesh. "He tried to attack us in the night, but we were faster."

He doesn't voice any remorse. The dead fighter did haunt him for a day, he conceded, but then he quickly forgot. Not because he's callous, but: "When you experience stuff like that every day, it just becomes normal."

Away from the frontline, though, his days are frequently monotonous, a daily routine of training, Kurdish language classes and endless cups of tea.

Sometimes, he concedes, he's sick of it all. "On a bad day, I ask myself: what the hell are you doing here? Why risk dying in a war that's not your own?"

On a bad day, he wonders whether he shouldn't head home.

If he does, it's possible that he might face legal repercussions: While those who joined IS — more than 900 Germans have traveled to Syria and Iraq to join the terror group — are quickly snatched up by the authorities when they return, no one has been prosecuted for fighting with the YPG.

The office of Germany's Federal Prosecutor has launched preliminary investigations in a number of cases in "the low double digits," but so far no one has been indicted.

The last time Martin spoke with DW, his current unit of six foreign fighters had just received their marching orders: Deir al-Zour, the last territory still held by the IS fighters, near the border with Iraq.

He wasn't sure when they'd actually leave, but he said, he was ready to go. And, he added, he wants to find a keepsake to take home to remember the war. "I really want one of Daesh's flags," he said, referring to the black flags that used to flutter above the territory once held by the terrorist group.

The next message was yet another grinning emoji.

Last week, German Chancellor Angela Merkel called the Turkish offensive in the Syrian enclave "unacceptable." But that has not stopped her government from selling arms to Turkey, German public media reported. (29.03.2018)