Germany's conservative interior ministers have released their much-vaunted "Berlin Declaration," which included plans for a partial ban on full-face veils in public. But rules on dual citizenship will remain the same. 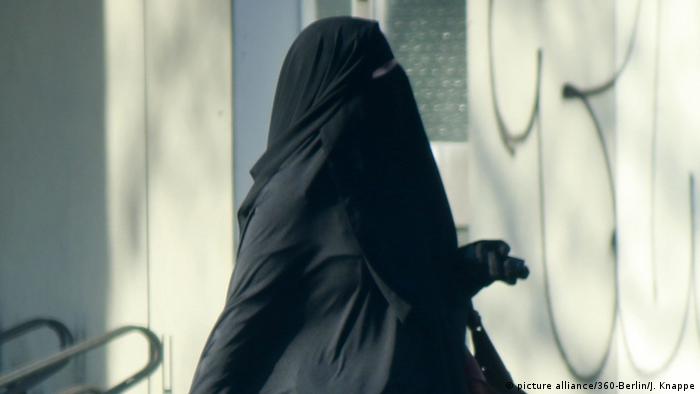 After a number of recent noncommittal statements, Federal Interior Minister Thomas de Maiziere has come out in favor of a ban on full-face veils in certain areas of public life, making a partial concession to his state-level colleagues in the Christian Democratic Union.

De Maiziere presented the interior ministers' "Berlin Declaration" on Friday morning following a meeting with his colleagues in Berlin on Thursday night to hash out the fine points of the plan.

"We unanimously reject the burqa," de Maiziere told public TV network ZDF on Friday morning. "It does not fit in our open country." He added that CDU interior ministers have pledged to draw up legislation that would force people to show their faces where "it is necessary for living together in our society."

According to de Maiziere, these situations included driving a car, visiting public authorities, in schools and universities, working in public service and appearing in court. He added that the Social Democratic Party (SPD), the CDU's coalition partner in the federal government and some states, would agree with much of the Berlin Declaration. 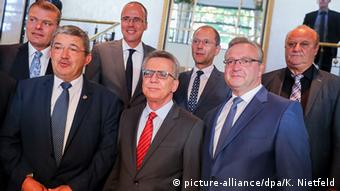 The CDU interior ministers met on Thursday to finalize their declaration

Chancellor Angela Merkel took a similar line on the issue on Thursday, telling the news group RND that though she was opposed to a blanket ban, she accepted that "a fully covered woman has little chance of integrating in Germany."

Volker Bouffier, CDU state premier in the central German state of Hesse, expressed satisfaction with the compromise. "For me it's first and foremost about liberating women," he told "Der Spiegel" magazine. "When I look out of my office, I sometimes see completely veiled women with their husbands walking five meters in front of them wearing flip-flops and shorts, and it's 30 degrees. If someone tells me that's what the woman wants, I have to say, that's nonsense!"

The commonly used phrase "burqa ban" is something of a misnomer in a German context: The burqa, a loose cloak where the eyes are also covered with a mesh, common in Afghanistan and Pakistan, is virtually unknown - though the niqab, where the eyes are visible, is occasionally seen in Germany.

In fact, there may be more than political hedging to the compromise the ministers took on Friday. Legal experts have pointed out that Germany's constitution prohibits a total ban on the burqa or the niqab, given its guarantees of religious freedom.

The new debate about full veils was triggered after de Maiziere announced new security measures last week in the wake of three violent attacks that took place in Germany - all carried out by men not wearing a veil.

Germany's Turkish community organization TGD released a critical statement on the new proposal. "Even though there are no figures on the number of burqa wearers, it is depicted as a problem," the statement read. "The CDU interior ministries also don't seem to have noticed that the burqa ban in France, in place for five years, has not been able to prevent the worst terrorist attacks in Europe."

The opposition Green Party dismissed the CDU's proposal as part of an "ignoble summer theater" around the new security measures.

Irene Mihalic, the Greens' domestic policy spokeswoman, told the AFP news agency that the CDU should come up with some "serious domestic policies" instead of making "sensationalized demands." 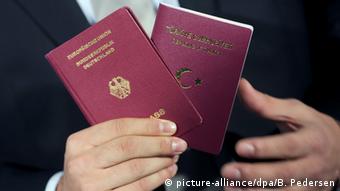 CDU deputy leader Armin Laschet made similar noises, calling on his party to draw a line under the debate now: "The security situation is so serious that we have to concentrate fully on domestic security, and not on symbol issues," he told news magazine "Focus."

Two CDU interior ministers, Frank Henkel of Berlin and Lorenz Caffier of Mecklenburg-Western Pomerania - both of whom are in the middle of regional election campaigns - have also called for the complete abolition of dual citizenship in recent weeks.

This met with considerable opposition among all the other major political parties in Germany, who argued that it would hinder rather than aid integration.

In addition, the Berlin Declaration contained plans to employ 15,000 more police officers across the country, an increase in the number of security cameras in public spaces and an expansion of the police's surveillance powers.

German police organizations welcomed the initiatives in the Berlin Declaration, but questioned its political motivation. Andre Schulz, chairman of the association of German police officers (BDK), told the EPD news agency that he wasn't sure how the ministers had arrived at the figure of 15,000, since it was up to states how they distribute their police resources.

Schulz also described the figure of 15,000 as "very eye-catching, but too small, given the deficits there already are."