Chancellor Angela Merkel has spoken out against a ban on the burqa in Germany. However, she has expressed concern about its role in facilitating the integration of Muslim minorities. 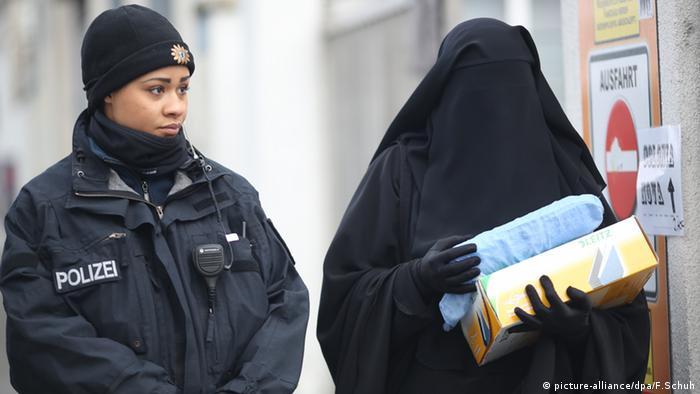 In an interview with the German news organization RedaktionsNetzwerk Deutschland on Thursday, Merkel said she was opposed to a ban on the body-covering garment known as the burqa, which is worn by some female Muslims.

When asked about the possibility of a ban, similar to the one imposed in France several years ago, Merkel responded by saying she fully supports the position of her interior minister, Thomas de Maiziere, who has come out against such a measure.

However, the chancellor also expressed a degree of concern about the burqa.

"In my view, a fully covered woman has little chance of integrating in Germany," Merkel said.

Merkel's party, the Christian Democratic Union (CDU), has repeatedly debated the possibility of a burqa ban in Germany. As recently as December, however, the party rejected the proposal. 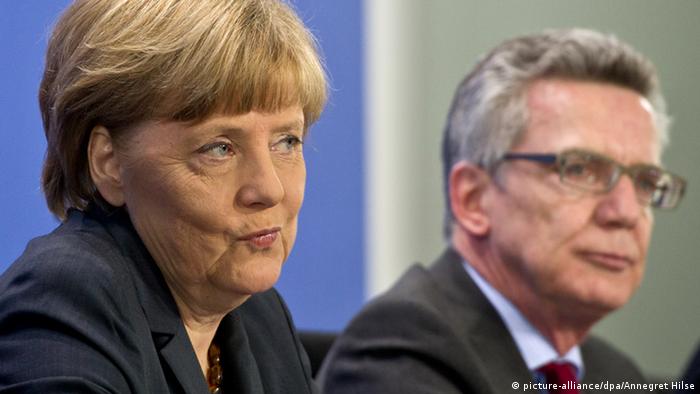 Both Merkel and her interior minister, Thomas de Maiziere, have spoken out against a ban on the burqa

Merkel's comments follow a meeting on Monday among members of the CDU, including the party's general secretary, Peter Tauber, who said the party's national executive had agreed that full-body coverings were "contrary to integration."

"We reject it," Tauber said. "It is not keeping with our country."

The meeting came as Germany reels from a string of lone-wolf attacks that occurred in July, two of which were claimed by the so-called "Islamic State" (IS). The attacks led many conservatives in Germany to repeat calls for a ban on the burqa, amid growing concern over integration in the country.

The debate also follows a controversy in France over the so-called "burkini," a full-body swimsuit worn by some Muslim women. Some French towns decided to ban the burkini, sparking criticism from the international community.

Several German politicians have called on the country to follow France, Belgium and a Swiss region in banning full-body coverings. But Germany's constitution prevents this - and hardly anyone wears them here anyway. (12.08.2016)

German President Joachim Gauck has said he supports a raft of new security measures proposed earlier this week. Speaking in a TV interview, he also backed the refugee policy of Chancellor Angela Merkel. (14.08.2016)