The head of Germany's internal intelligence agency has said that scores of mosques are being closely observed. The agency, the BfV, is holding a symposium analyzing the threat posed to Germany by the "Islamic State." 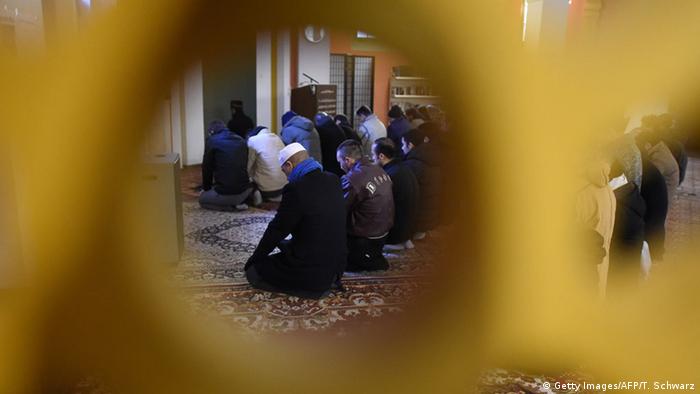 Currently, around 90 mosque communities in Germany are under surveillance and many of them are "predominately Arabic-speaking," the president of Germany's domestic intelligence agency (BfV) said in an interview on Monday.

"We are concerned that there are many Islamic mosques in Germany that we also need to examine," Hans-Georg Maassen told German public broadcaster ARD's "Morgenmagazin."

Maassen said that many of the mosques and communities in question were so-called "backyard mosques" where "self-proclaimed imams, self-proclaimed emirs" rally their followers to deliver "hate-speech" and where they also "incite jihad."

However, the intelligence chief strongly cautioned against "throwing Muslims and religious extremists into the same pot."

'We are always treated as suspects'

Jaafar's video blog #11: 'We are always treated as suspects'

As for the reasons behind the targeted surveillance measures, Maassen said that they were investigating links to the terrorist group "Islamic State" (IS). "Naturally, we are looking into IS," he said.

Maasen said that while his organization was monitoring religious and political extremists, "what we're not monitoring, are the Muslims in Germany."

Maassen's comments prefaced Monday's BfV intelligence symposium in Berlin, which is focusing on the threat IS might pose Germany. Representatives from police and intelligence agencies are involved, also discussing counterterrorism measures.

"Islamic extremism, and jihadism in Germany is not possible without al-Quaeda and IS," said Maassen.

In April, Maassen admited that authorities underestimated IS strategies to enter the country.