The chief of Germany's internal intelligence agency has said that authorities wrongly evaluated "Islamic State" strategies to enter the country. He has called the national security situation in Germany "very serious." 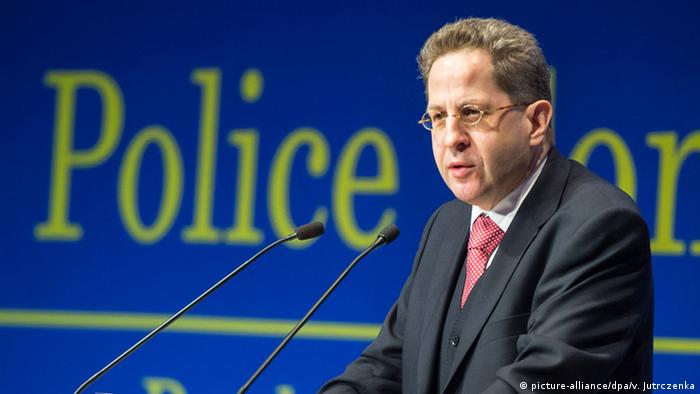 Security officials initially believed it was unlikely that "Islamic State" terrorists would use the recent influx of refugees to enter the country, Germany's domestic intelligence agency (BfV) head told a Sunday newspaper.

"We thought that the risk was simply too high," Hans-Georg Maassen told the German newspaper "Welt am Sonntag." "Although they did not need to mix their people among the refugees, they did it," he added, calling the move "a show of force."

Around 70 percent of refugees entering Germany do not have a valid passport and are registered based on the information they provide.

"I am concerned that we (the BfV) and our partner agencies may, in fact, have information about dangerous individuals saved in our databases. However, we might fail to notice that they are here because they enter with false identities.

When it comes to "IS," there was still much to learn, he said.

"IS" isn't just using the refugee crisis to enter the country: radical Islamists in Germany are also actively trying to win over newly arrived refugees. Maassen said the BfV was aware of around 300 attempts from conservative Salafists and other Islamists to recruit refugees.

"I'm particularly concerned about the many unaccompanied minors - this group is being deliberately targeted," Maassen said in the interview, adding that he saw a "huge radicalization potential" in these attempts to recruit people.

There have also been several cases where Germans returning from Syria were connected to uncovered attack plans. He said that the danger of German jihadists remains "virulent."

When asked how many Islamists in Germany were considered to be highly dangerous, he said there were around 1,100 people who were viewed as possible terrorism risks.

Maassen also warned that the security situation in Germany was "very serious" in light of a propaganda video released by "IS" on Tuesday which named the German capital, Berlin, as a possible target.

However, the intelligence head added: "At the moment we don't have any knowledge of any concrete terrorist attack plans in Germany."