Sigmar Gabriel has applauded the "active [role]" taken by his US counterpart, Rex Tillerson, at a G20 ministers meeting. The German foreign minister also took the opportunity to discuss European defense spending. 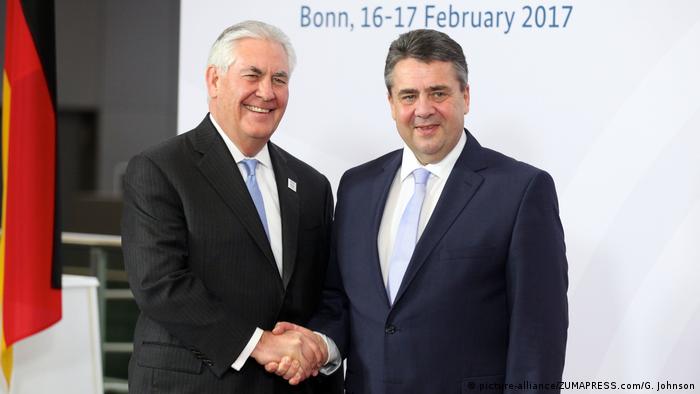 German Foreign Minister Sigmar Gabriel said on Friday that all participants had benefited from meeting during the two-day summit in Bonn, where newly confirmed US Secretary of State Rex Tillerson made his debut on the international stage.

Speaking to reporters after the foreign ministers' meeting - the first since US President Donald Trump took office in January - Gabriel said Tillerson, a former ExxonMobil head, had "participated vigourously" in the talks. "To that extent, the talks were very good," Gabriel said, calling the meeting with Tillerson and other envoys an "important exchange" that went "beyond the usual crisis management."

Still, Tillerson seemed to keep a low profile during the meeting, avoiding the spotlight in a way that immediately distinguished him from his camera-ready predecessor, John Kerry. One headline in "The New York Times" read: "Where is Rex Tillerson? Top envoy keeps head down and travels light."

Following his meeting with his US counterpart, French Foreign Minister Jean-Marc Ayrault said several of the Trump administration's policy points seem confused, citing as examples the Israeli-Palestinian conflict and the Iran nuclear deal. 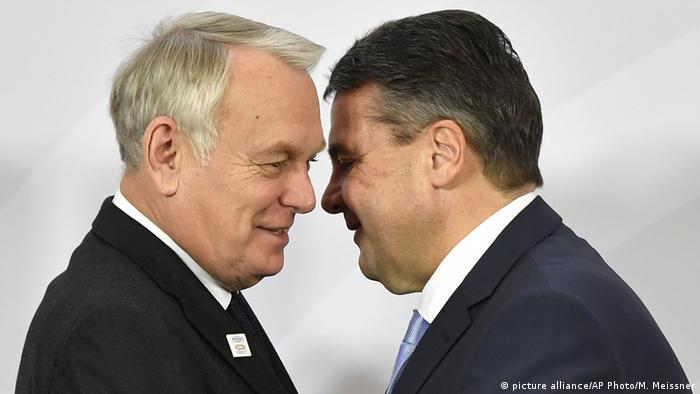 Gabriel also took the opportunity to address the security concerns that have arisen in the wake of Trump's victory. Telling reporters that security is more than a matter of military might, he responded critically to US Defense Secretary Jim Mattis' recent call for NATO's European members to take on more of the military alliance's financial burden.

"One cannot reduce security policy to how much is spent on defense," Gabriel said, adding that it was important for the UN to take on a larger role in helping tackle various conflicts around the world, from climate change to the refugee crisis. "We need to cooperate with each other rather than isolating each other."

Along with Ayrault, Gabriel touched upon the ongoing Syria conflict, playing down the chances of a breakthrough at peace talks in Geneva next week aimed at putting an end to the six-year war. The two foreign ministers also called on Russia to play a constructive role in the conflict, amid growing fears that Washington was getting too close to Moscow. Poverty and climate change in focus

While regional conflicts such as the war in Syria garnered much of the spotlight, Gabriel also emphasized the importance of spending money to tackle poverty and climate change. Further responding to Mattis' comments, the German foreign minister said increased defense spending "will not allow us to fight climate change, drought or poverty."

"An important message from this G20 was that peace and development prospects are two sides of the same coin," Gabriel said.

Gabriel also said that the G20 countries had a responsibility to prevent crises before they could become exacerbated.

The G20 was created in the wake of the Asian financial crisis in the late 1990s as a way to bring together a larger spectrum of countries to discuss economic and other issues. Germany will host a meeting of G20 leaders in Hamburg in July.