German foreign minister headed to Iran to save nuclear deal

Heiko Maas has announced he will travel to Tehran next week in an effort to salvage the Iran nuclear deal. Maas, the first German diplomat to visit Iran in over two years, will meet counterpart Mohammad Zarif on Monday. 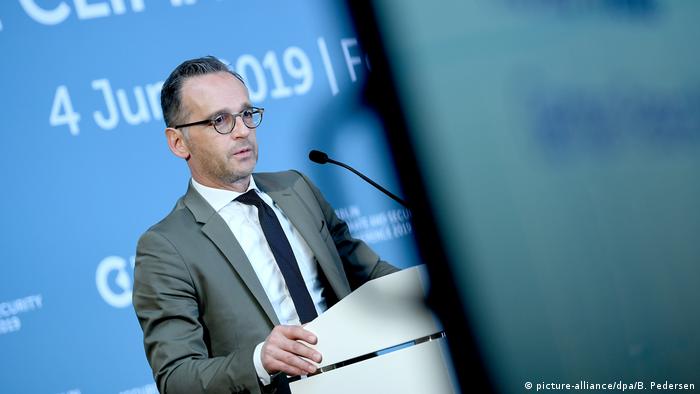 It will be the first trip by a German minister to Iran in 2 1/2 years.

Maas will visit Iran on Monday as part of a three-country Middle East tour.

Maas, who "coordinated" his trip with London and Paris, will seek to glean information as to how exactly Germany can keep Iran in the deal. He also informed US Secretary of State Mike Pompeo of the trip when the US diplomat was in Berlin last week. A top Foreign Ministry adviser, Jens Plötner, traveled to Tehran two weeks ago to lay the groundwork for Monday's meeting , provoking US irritation.

Carry a 'twin message': German Green party lawmaker Omid Nouripour told DW it was "praiseworthy" that Maas had sought consultation with the UK and France. "He needs to reaffirm the twin message that we are prepared to invest more in saving the nuclear deal, as it is in our security interests to not have a nuclearized Middle East," the foreign policy expert added. Maas also had to impress on Iran the importance of dialogue with the US as the "only way to avoid military conflict."

Tightening the screws: After the US reimposed sanctions on Iran, as well as countries and companies doing business with Iran, the government in Tehran threatened to pull out of part of the agreement unless other signatories could offer help to stem the pain of the US sanctions. Tehran has given China, Russia, France, Germany and Britain until Friday to offer solutions.

Increasingly aggressive US stance: The US has increasingly taken a more belligerent stance toward Tehran, most recently by deploying an aircraft carrier group, missiles and a B-52 bomber squadron to the region, citing unspecified threats from Iran.