US may deploy thousands more troops amid Iran tension

The Pentagon is considering a request to send thousands more troops to the Middle East as relations worsen, unnamed officials say. Meanwhile, Iran's supreme leader said he foresaw the demise of American civilization. 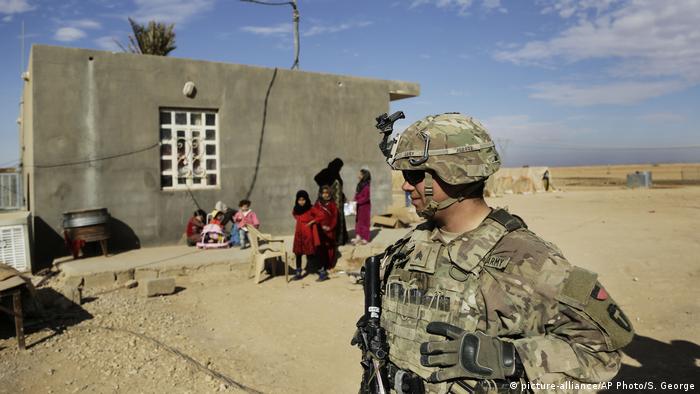 The US Department of Defense was expected to present plans to the White House on Thursday for thousands of troops to be deployed as reinforcements in the Middle East.

The meeting comes as tensions were ratcheted up further in the region, with Washington officials insisting there are credible threats against US forces there.

Officials, speaking on conditions of anonymity, said the discussions would also include a request for additional Patriot missile batteries and more ships in the area. The US has evacuated non-essential staff from Iran's neighbor Iraq, citing "credible threats" against its forces.

Any decision to deploy more troops to the Middle East would represent something of a departure for US President Donald Trump, who has repeatedly stressed a need for Washington to reduce its troop presence there.

Although US officials have provided little detail about the threat they perceive from Iran, the hazards posed by missiles mounted on small boats have been raised.

Trump on Sunday tweeted that, if Iran wanted to fight, the country would face its "official end."

A senior commander from Iran's Revolutionary Guard on Wednesday said the US would not dare to attack.

"If the criminal America and its Western and regional allies don't dare carry out a face-to-face military attack against our country it is because of the spirit of resistance and sacrifice of the people and youth," Major General Gholamali Rashid was reported as saying by the semi-official Fars news agency.

"You young people should be assured that you will witness the demise of the enemies of humanity, meaning the degenerate American civilization, and the demise of Israel," Khamenei said in a meeting with students on Wednesday.

Relations between Washington and Tehran have deteriorated seriously since last year when Trump pulled out of the Iran nuclear deal aimed at preventing Iran from producing nuclear weapons.

Joe Biden inauguration: 'This is democracy's day' 14m ago