Olaf Scholz has reportedly thrown his hat in the ring to co-head the SPD. If confirmed, the finance minister and vice chancellor would be the most prominent candidate running to lead the embattled center-left party. 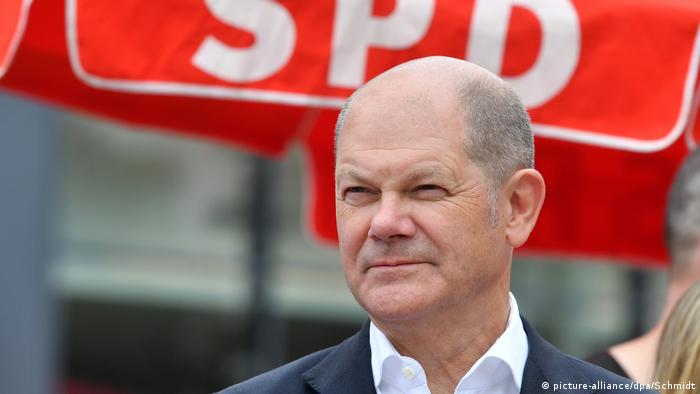 German Finance Minister and Vice Chancellor Olaf Scholz said he was willing to run for the leadership of the Social Democrats (SPD), newsmagazine Der Spiegel reported on Friday.

"I am ready to run if you want me to," Scholz reportedly told the interim heads of the SPD in a telephone conference.

No one opposed his offer on the call, a source told Der Spiegel.

Scholz has since been looking for a female running mate to co-head the center-left party, after the SPD decided to adopt a gender parity leadership model.

Scholz had previously ruled out running for the top post, citing time constraints. A spokesperson at the Finance Ministry also declined to comment on the report.

If the reports are confirmed, Scholz would be the only SPD member of the German Cabinet to run for the leadership of the party.

Over 10 other candidates are reportedly in the running, although many of them are relatively unknown on the national political stage.

On Friday, the party's current deputy leader Ralf Stegner and Gesine Schwan, who heads the SPD's basic values committee, formally announced their candidacies at a press conference in Berlin.

SPD members are due to vote on the party's new leaders at a convention in December, after former SPD head Andrea Nahles stepped down from her post in June following the European Parliament elections, which brought the latest in a series of disastrous election results for the party.

Scholz rebuffed an International Monetary Fund complaint that Germany was not doing enough to stimulate the world economy. The center-left politician is an advocate of his predecessor's "black zero" policy. (13.04.2019)