A dermatologist is suing a website that promises neutral reviews of doctors, claiming it is simply advertising. Online portal Jameda has been sued by dozens of physicians over claims of dubious practices. 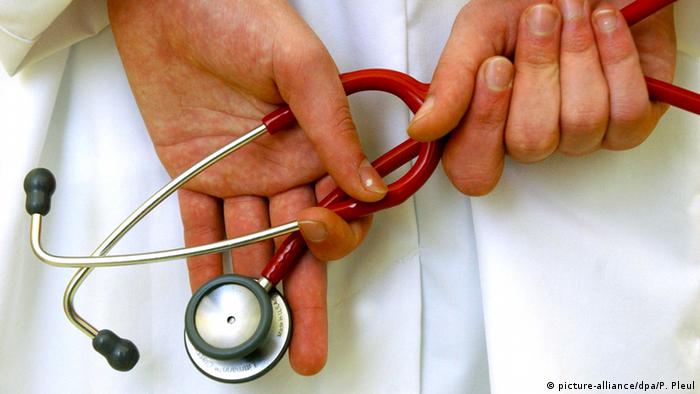 Germany's highest criminal court was set to rule on Tuesday over whether a doctor has the right to remove herself from the popular rating platform Jameda. This is far from the first time the portal has faced legal trouble for its practices.

Jameda is the country's most comprehensive list of doctor recommendations — where 280,000 physicians are given ratings by patients based on a system akin to school grades in Germany, where 1.0 is the highest possible mark.

The plaintiff in Tuesday's case at the Federal Court of Justice is a dermatologist from Cologne who says she has the right to demand Jameda remove her name from the site due to "personal injury," as the anonymous nature of the site can inspire users to leave vitriolic, hyperbolic posts.

Dozens of doctors have brought suits against Jameda in recent years, claiming the site is easily manipulated and has an undue influence on their livelihoods.

However, when a gynecologist asked to be removed from the site in 2014, the Federal Court of Justice ruled that the right of patients to be well informed about their choice in doctor took precedence over a doctor's right to self-determination on the internet.

How much should you pay for your life?

Defense: Jameda is an advertising site

Tuesday's case has taken on a broader scope — lawyers for the dermatologist have argued that Jameda is a source of disinformation, misrepresenting certain aspects of its platform to its users.

It turns out doctors can pay to have "silver, gold or platinum" Jameda memberships. According to the Frankfurter Allgemeine Zeitung daily, many users have claimed that their negative reviews of doctors with paid memberships never appear online.

Last year, the high court ruled that Jameda had to make its policies regarding premium members more transparent to its users, such as the practice of moving doctors who pay them to the top of the search results, and in some cases hiding their competition from view.

In that way, the dermatologist says, Jameda is not an equal-opportunity review platform, but an advertising scheme for doctors.

A spokeswoman for Jameda defended the site's practices, saying its review procedure is "absolutely neutral."

German doctors shut their doors to state insurance patients at the end of each quarter to save money, a new study has shown. Germany's profit-driven health care system is increasingly attracting criticism. (12.01.2018)

Germany's top court has ruled that selecting medical students based only on grades is partly unconstitutional. Until now, for most prospective German doctors, going abroad has been the only way to study medicine. (19.12.2017)

The German Medical Association has said mandatory age tests for refugees are ethically wrong and imprecise. Calls to enforce testing have intensified after a teenage girl was killed, allegedly by a young Afghan refugee. (02.01.2018)