Schrader has years of experience behind and in front of the camera. Her directing Emmy for the acclaimed Netflix miniseries, the first primarily in Yiddish, is a first for a German director. 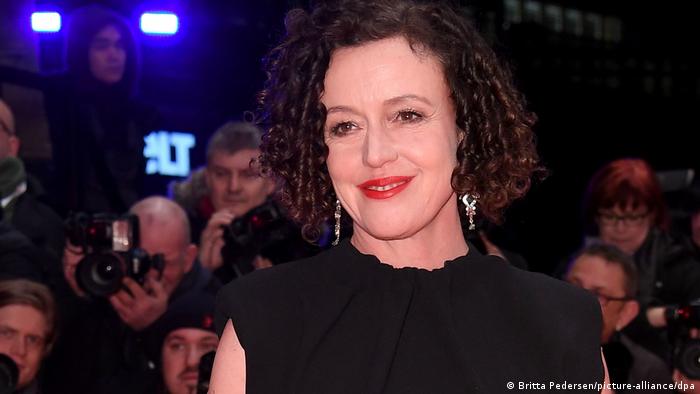 The 72nd annual Emmy Awards were an event to remember for director Maria Schrader, who took home the top award in the Outstanding Direction in a Limited Series or Movie category of the prestigious TV awards for her four-part Netflix miniseries Unorthodox.

Debuted in March, the multi-lingual drama series was the first series to be primarily in the Yiddish language. It tells the story of a woman fleeing her life in an ultra-Orthodox Jewish community in Brooklyn to start a new life in Berlin. The story was based on Deborah Feldman's autobiography Unorthodox: The Scandalous Rejection of My Hasidic Roots, released in 2012.

Adapted to the social distancing measures caused by the COVID-19 pandemic, this year's Emmy Awards were hosted by Late-night TV host Jimmy Kimmel who performed to an empty audience in the Staples center in Los Angeles on September 20. Award-winners and nominees tuned in from their computers, some in casual clothing and others in evening attire.

Speaking via a video call during the award ceremony on Sunday evening in Los Angeles, Schrader said she was "speechless" upon learning she had received the award, adding it was completely "unexpected." She is the first German director to receive the prestigious television award.

The series revolves around the life of a young woman, Esther Shapiro, who is in an unhappy arranged marriage within an ultra-orthodox Jewish Satmar community in Williamsburg, New York. Escaping the only life she has ever known, Esther travels to Berlin to realize her dream of becoming a concert pianist. Yet despite the distance travelled and her new lifestyle, she must still reckon with a past that will soon catch up to her. Behind and in front of the camera

Born in Hanover, Germany to artist parents, Maria Schrader began her career as an actress after studying in Vienna. As an actress, she worked with renowned directors such as Dani Levy, with whom she made six films, and New German Cinema director Margarethe von Trotta. She won both the Bavarian Film Prize and a German Film Award in 1995 for the title role in Doris Dörrie's movie Nobody Loves Me (Keiner liebt mich).

Her international breakthrough an actress came with the lesbian romance film Aimée and Jaguar in 1999, in which she played Felice, a Jewish woman living under a false identity during WWII who falls in love with a mother of four, despite the odds. Her performance earned her the Best Actress award at the 1999 Berlin International Film Festival.

In the hit Cold War drama series, Deutschland 83 — the first German language series to be broadcast on TV in the US — Schrader played an agent in East Germany. She also returned for the follow-up series, Deutschland 86. "They are often extroverted characters with rough edge," she said of the typical roles she plays during an interview with DW in July. "Maybe you can see that in me too." 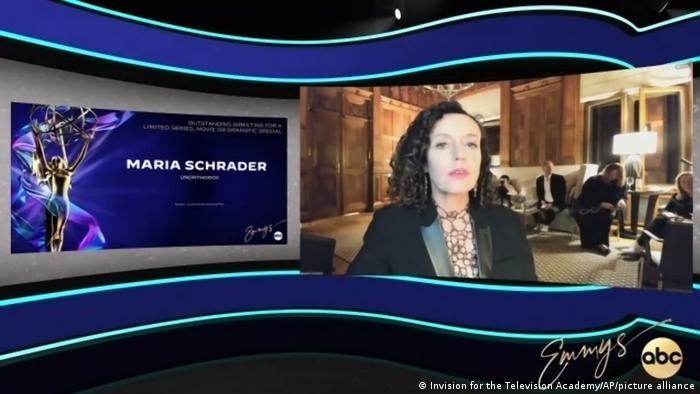 While continuing her acting career, Schrader also started working behind the camera as a director. In 2007, her solo directorial debut was Love Life, a film based on the bestselling novel of the same name by Israeli author Zaruya Shalev. It tells the story of an obsessive and difficult romance between a young, married scholar of religious studies and an older man, which culminates in the protagonist's liberation.

She later directed 2016's Stefan Zweig: Farewell to Europe, a biopic recounting the exiled Austrian author's1936 journey from Europe to South America as he flees the Nazis. It was nominated in two categories of the German Film Awards — one for directing and the best female supporting role with Barbara Sukowa. "

Unlike others who started out in directing, I have the great advantage of having been on many sets as an actress and I've observed many other directors – men and women – at work" Schrader said.

Schrader has a long-standing interest in Jewish culture that began at age 14 when she participated in a youth exchange program in Israel. Exploring Jewish family histories became a prominent part of her work with director Dani Levy, who is known for his comedies about Jewish people in present-day Germany. Many of her roles, as well as the films she has directed, have dealt with Jewish identity.

For the production of the Netflix series Unorthodox, Schrader and her team traveled to Brooklyn to learn as much as possible about ultra-orthodox Jewish communities, including the Satmar, which features in the series.

"We were in Williamsburg and we got to know these communities first-hand as far as we could. We were the guests of different families" she told DW.

Telling such a sensitive story without vilifying an entire community was one of the project's main challenges. For Schrader, showing the human side of each character was of utmost importance: "I feel that this is my task … to show people in their complexity, their unpleasant as well as their pleasant sides, their longings and their limitations."

At the start of the COVID-19 crisis, Netflix postponed the release of "Biohackers," as some scenes felt "disturbing." The German series could hardly be more timely.