The only novel Stefan Zweig published during his life, "Beware of Pity" is a melancholy tale of misdirected admiration and pity. 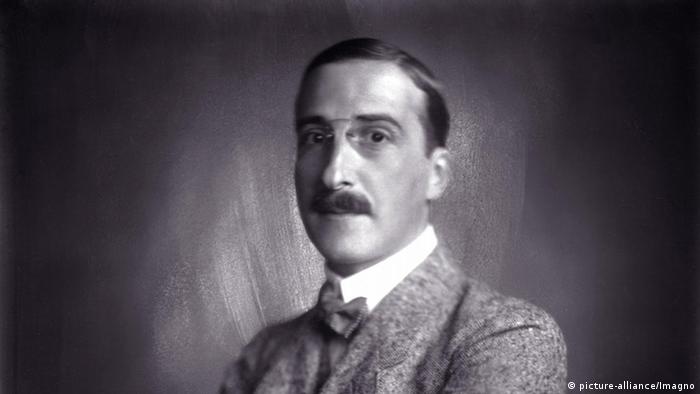 A garrison town on the Hungarian-Slovak border a few months before the outbreak of the First World War. A nice young man, Lieutenant Anton Hofmiller, is impressed by a pretty young woman, who catches his eye at the town bakery, where she is placing an order for the nearby estate of Kekesfalva.

Hofmiller manages to get an invitation to a ball at the estate. There, however, he creates an embarrassing scandal after he requests a dance with the only seventeen-year-old daughter of the landowner, a move done out of politeness after he finds her listlessly sitting in an adjoining room, away from the hustle and bustle.

She bursts into tears at the unexpected invitation. The innocent request becomes a scandal. What the young lieutenant did not know: The young girl is paralyzed.

The dangers of pity

What follows is an attempt at setting everything right again. The lieutenant becomes a daily guest at the Kekesfalva estate, befriending the moody and embittered young girl early on.

He is good for the girl and sees a surprising change occur in her. "Only when we know that we mean something to other people do we feel that there is point and purpose in our own existence."

He takes this as a turning point in his own life. "It began with that one sudden moment when I reined in my mount. That was what you might call the first symptom of my strange case of poisoning by pity."

Out of pity, he becomes something of a caregiver to the young Edith of Kekesfalva and manages to convince her that she is about to be healed. That renews her courage for life. But what if an act of pity on his part is misunderstood by the still inexperienced girl as an expression of love? The story thus takes a fatal turn:

"Pity is a double-edged weapon. If you don't know how to handle it, you had better not touch it, and above all you must steel your heart against it." 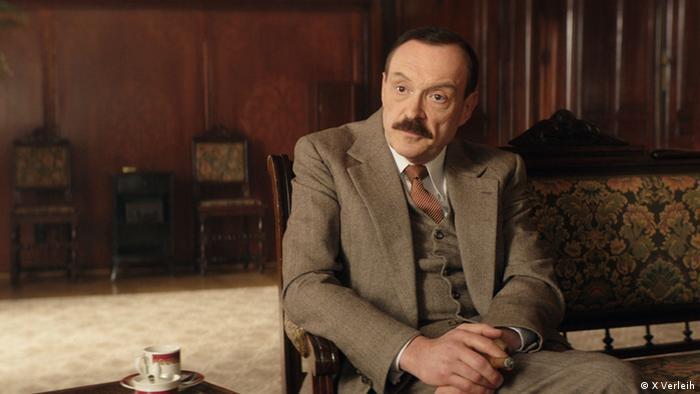 Lost in exile: Stefan Zweig as played by Josef Hader in the movie about his life, "Stefan Zweig: Farewell to Europe"

Dr. Condor, the self-sacrificing physician of the sick young woman, clarifies this in a transparent manner, distinguishing between a sentimental form of compassion that "is really just the heart's impatience" and an unsentimental one that does not play with feelings. It is a momentous distinction — one between self-satisfied good-heartedness and a determined willingness to sacrifice oneself.

Stefan Zweig is a master of psychological realism. Beware of Pity is his only novel, completed late in his repertoire. The Austrian writer was initially famous for novellas, as well as his poetry, dramas and historical biographies, many translated into over 50 languages.

Zweig was born in 1881, the son of a Jewish textile manufacturer. He had a wealthy upper middle-class upbringing in Vienna. Thanks to his financial independence, he traveled a great deal and expanded his world view through lively correspondence with many of the intellectual greats of his time.

He became a best-selling author in the 1920s. At the time, the only comparable author was Thomas Mann. Zweig's works were forbidden in Nazi Germany, as a result of Zweig's Jewish heritage as well as his views toward pacifism and his stance as a pro-European citizen of the world. He was a thorn in the side of National Socialist authorities.

Beware of Pity was written by Zweig while living in exile in London, where he had to flee in 1934 after massive anti-Semitic hostility. His novel was published in 1939 and was an overwhelming success, especially in England. 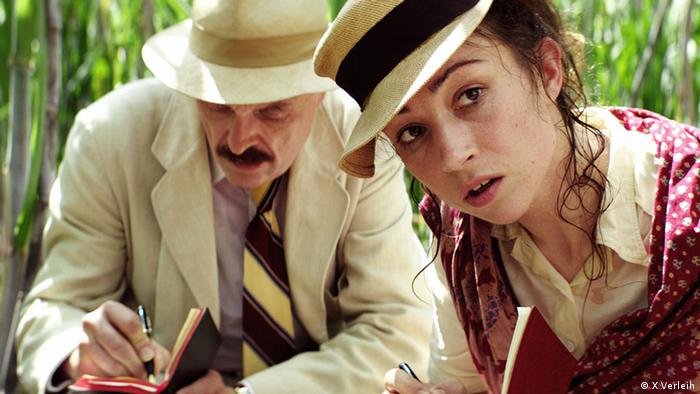 The author is shown with his young wife, Lotte, played by Aenne Schwarz in the film, "Stefan Zweig: Farewell to Europe"

To this day, Stefan Zweig is one of the most widely read German-language authors internationally. Almost all the works of the great humanist deal with misfortune and end in tragic resignation.

In Brazil, where he had fled in 1940 after fear of being interned in England as an enemy alien, his depression worsened. He and his 27-year-old wife Lotte ended their lives in February 1942 with an overdose of Veronal. "Of free will and with clear senses," he noted in his farewell letter.

Stefan Zweig was not from a literary background. He was born into a Jewish merchant family in Vienna in 1881. He translated works by significant writers such as Baudelaire and Romain Rolland, as well as writing poems, short stories and novellas himself. During World War I, Zweig worked "voluntarily for the duration of the war," as he later noted, in a war archive, so he did not have to go to the front. In 1933 his works fell victim to the flames during the Nazis’ burning of books. Zweig was forced to emigrate, first to England, then to Brazil. In February 1942 he took his own life.