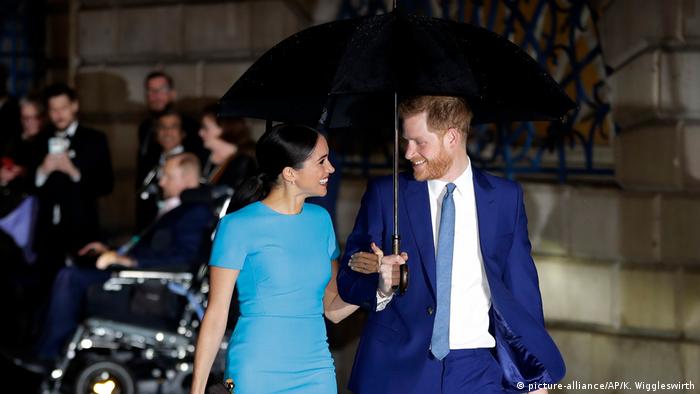 Just six months after stepping back as senior member of Britain's royal family, Prince Harry and his US-born wife Meghan Markle have signed a deal to make shows for global streaming giant Netflix.

The Duke and Duchess of Sussex have swapped the United Kingdom for the glamour of Los Angeles, California. The pair, who have a young son, Archie, were known to be unhappy at the treatment they received from the British press.

"Our focus will be on creating content that informs but also gives hope," the couple said in statement on Wednesday. "As new parents, making inspirational family programming is also important to us."

Their first projects include a nature documentary series and an animated series focused on inspiring women. The couple said they want to "share impactful content that unlocks action."

The exact value of the exclusive deal has not been disclosed. Meghan is a professional actress who previously starred in the US TV series "Suits", but neither she nor her husband have any previous experience as entertainment producers. Both have not ruled out appearing on camera in any of the future releases.

After leaving Britain in March – which the UK press dubbed "Megxit" – the couple initially decamped to Vancouver Island, Canada before buying a mansion in northern Los Angeles.

Saying that they wanted to be become "financially independent," they agreed with Queen Elizabeth II that they would not receive public funds for royal duties.

They also agreed to drop their HRH titles, but would still use the titles of the Duke of Sussex and the Duchess of Sussex.

In June, they signed a contract with the same talent agency that organizes speaking engagements for former US presidents Bill Clinton and Barack Obama.

Obama and his wife, Michelle, signed a similar production deal with Netflix two years ago.

Netflix is the world's largest streaming service with more than 190 million subscribers, although it has faced increased competition from rivals such as Amazon Prime.

Ted Sarandos, co-CEO and chief content officer for Netflix, said that the royals have "inspired millions of people all around the world with their authenticity, optimism and leadership.''

He said the company "looks forward to telling stories with them that can help build resilience and increase understanding for audiences."