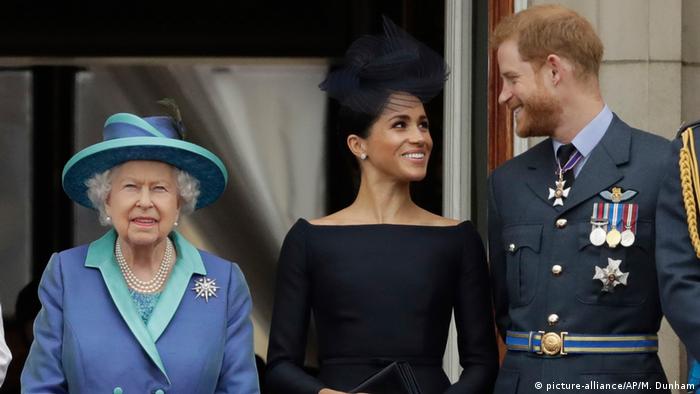 Exactly what this change will mean, including how Harry and Meghan could rely less on public funds in the future, is not yet clear. Not even to the 93-year-old sovereign.

"My family and I are entirely supportive of Harry and Meghan's desire to create a new life as a young family," Queen Elizabeth II said in a statement.

"These are complex matters for my family to resolve, and there is some more work to be done, but I have asked for final decisions to be reached in the coming days," the statement from the queen concluded.

Some of these will likely include:

One matter that is not likely to change in the immediate term is the line of succession to the throne. Altering this would require an act of Parliament.

Harry's already only sixth in line — behind his father, Charles; his brother, William; and all three of William's children with Kate Middleton, including their daughter and second child, Charlotte, after the royal family's male-dominated line of succession was brought into the 20th century in 2011.

The likelihood that Harry would ever have taken his grandmother's place is and always was vanishingly small.

Not unlike his late mother, Princess Diana, Harry has shown himself to be both a troubled soul and often an unusually political animal by the royal family's standards. He has been comfortable and open discussing issues that some royals might shy away from in public: mental health, climate change, domestic violence, animal poaching, and even landmines and HIV/AIDS — both causes famously championed by Diana.

In December 2017, when he guest edited an episode of the early morning flagship political show on BBC Radio 4, Today, he chose to make the cornerstone of the program a feature interview with former US President Barack Obama.

Harry has also drawn stark comparisons between Diana's treatment in the press and the media attention piled on him, his celebrity wife and Archie, the newest addition to the royal family.

At the time, it felt more like a declaration of war on the British tabloid press, but some indications of the young family's struggles became apparent in an ITV documentary filmed during their trip to Africa in September. The visit was laden with symbolism for Harry, who was 12 when his mother died in a car crash in a Paris tunnel, pursued by paparazzi.

Harry walked the same, now transformed, street in Angola that his mother had on a visit that incredibly garnered criticism at home shortly before her death in 1997 — apparently supporting the removal of landmines was too political for some. Either that, or it was another excuse to pile on the recently divorced princess, who was not exactly flavor of the month in the buildup to her untimely demise. 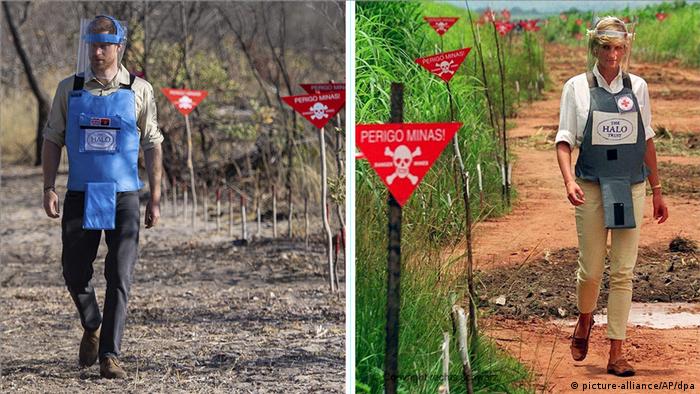 Harry walked the street in Angola over two decades after his mother, Princess Diana

Speaking on that day in Angola to Tom Bradby, a journalist who has known him since his childhood, Harry opened up about memories of his mother and the way that his work with the royals could often be "the worst reminder of her life," rather than a positive one.

Harry also revealed a slight rift with his elder brother, saying "we're probably on different paths at the moment," albeit adding that only some of the rumors had any weight, while "the majority of the stuff is created out of nothing."

Now that he had a family of his own to protect, Harry said, he would not be "bullied into playing the game that killed my mum."

As the visit to Africa concluded, Harry and Meghan would launch the first of several lawsuits against the British press for some of the coverage.

Meghan, meanwhile, told Bradby on the last night of their trip that she had been taken aback by the scale of the media interest in her marriage, her past and her newborn son.

"It's hard," Meghan said. "I had no idea, which probably sounds difficult to understand here," she added. "But, when I first met my now husband, my friends were happy because I was so happy, but my British friends said to me: 'I'm sure he's great, but you shouldn't do it, because the British tabloids will destroy your life.' Very naively, I said: 'What are you talking about?' ... I didn't get it. So, it's, yeah, it's been complicated."

Adding these pressures to a new marriage, then a pregnancy and, finally, a newborn, had proven a challenge, Meghan said.

"Also, thank you for asking, because not many people have asked if I'm okay, but it's, erm, it's a very real thing to be going through behind the scenes," she added. Pushed by Bradby on whether that meant the answer was that she was "not really okay, that it's really been a struggle," the Duchess of Sussex responded "yes."

As if to prove the points made by Meghan and Harry, global media attention has been feverish as they attempt to move away from the royal limelight and shows little sign of abating.